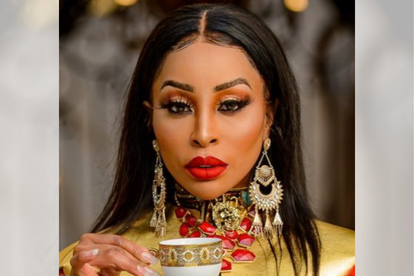 South African TV personality Khanyi Mbau and her boyfriend Kudzai Mushonga have left many people feeling frantic. It all started when Mushonga claimed that Mbau went missing in Dubai where they are currently vacationing. Naturally many locals headed online to voice their concerns about the scary claims.

According to reports, Mbau has now spoken out and is not in any imminent danger.

Khanyi Mbau and her Zimbabwean bae Kudzai Mushonga are seemingly not doing all hanky dory while vacationing in Dubai. The couple appears to have hit a bump in the road that has left many South Africans firstly concerned and now plainly confused.

Early this morning Kudzai took to Instagram to claim that Khanyi was missing and he had no idea how to find her. In a number of tweets, Kudzai shared how he had gone out of his way to prepare a meal for his lover who hasn’t made any contact with him since he dropped her at a salon earlier in the day.

His posts resulted in Khanyi trending on Twitter as many locals voiced their concerns about her well-being. Now TshisaLive reports that Khanyi is absolutely fine. According to the publication, they Direct Messaged the socialite who responded that she is ‘alive and well.’

“I am well and alive, thank you. I appreciate you all,” she wrote.

“Khanyi Mbau ke slay queen, if you want happiness from dating go to the villages and find yourself a decent woman. Because slay queens their aim is to make a living through dating, they don’t settle. Someone bought her Lamborghini.”

“Khanyi Mbau is gonna surface like nothing happened. You’ll don’t know a woman on a mission oho!”