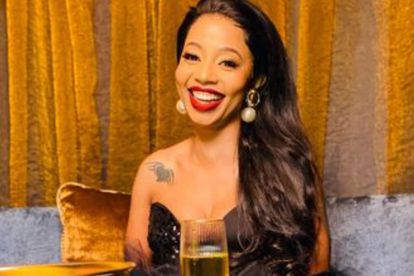 In an interview with Newzroom Afrika’s Xoli Mngambi on Thursday 4 May, music producer Sello “Chicco” Twala said that singer Kelly Khumalo was “traumatised” when she called him after her then-boyfriend former Bafana Bafana captain Senzo Meyiwa was murdered on 26 October 2014.

CHICCO TWALA: ‘SHE WAS TRAUMATISED’

If you’ve been following the Senzo Meyiwa murder trial from the beginning or watched the Netflix documentary on the soccer star’s death, you would know that Kelly made three calls on the night after Senzo was killed.

Kelly called Senzo’s wife, Mandisa Mhize; his sister and Chicco Twala. The singer calling her music producer (Chicco) — who is also the father of her sister’s then boyfriend, Longwe — raised concerns. People wanted to know why he was one of the first people Kelly would call.

In the Newzroom Afrika interview, Chicco revealed that Kelly was “traumatised” when she called him.

“She was traumatised, she said to me someone shot Senzo. She was very traumatised and I was shocked. Jumped out of my bed and I even called Dr Irvin Khoza on my way to Vosloorus where Kelly stays. I actually didn’t go to her house. They said they left and they had taken Senzo to hospital, so I actually met them at the hospital,” he continued.

The music producer also said that he did not ask who shot Senzo because everyone was too traumatised.

Chicco  also said that his son Longwe and Kelly know the truth. This comes after he was arrested for allegedly assaulting a City Power technician and pointing a gun at him on Sunday evening 1 May.

“My son, Kelly Khumalo and the others who were present know the truth. Someone cannot be shot in their presence and they are all silent about it. They know who killed Senzo; my son knows, Kelly knows and everyone else who was there knows,” he said.

Twitter users think Chicco may be throwing Kelly, Longwe and others under the bus.

“I’m not sure what to make of Chicco Twala’s rant. His utterances that Kelly and Longwe know exactly who killed Senzo appear to be throwing them under the bus but I’m not too sure. We all agree with this line of thinking. Senzo’s murder is very solvable,” tweeted @hlubizer.

“Chicco Twala just told @XoliMngambi that his son Longwe, Kelly Khumalo & everyone else who was in the house the night of #SenzoMeyiwa’s murder KNOW the truth about who shot him.Twala snr. even adds that it’ll be VERY strange if they aren’t called as witnesses during the trial ????,” tweeted @ZiyandaNgcobo.