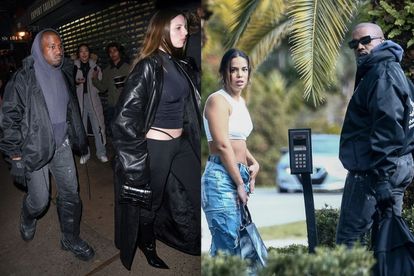 Kanye West is living his best single life and is keen on meeting new women. Image via Twitter @HipHopTiesMedia

Kanye West is living his best single life and is keen on meeting new women. Image via Twitter @HipHopTiesMedia

Kanye West has been “dating around.”

The 44-year-old rap star – who split from Kim Kardashian last year – is keen to “meet new women” and he’s been “figuring out what he likes in a potential partner.”

KANYE WEST IS ‘HAVING FUN’

“Kanye has been in good spirits lately and having fun. He’s been spending time with friends, going out, and doing his thing. He’s been trying to move on from Kim and meet new women. He’s dating around and figuring out what he likes in a potential partner.”

The rap star was recently spotted in New York with actress Julia Fox – but the insider suggested that West has been dating a number of women over recent weeks.

KANYE WEST BELIEVES HE STILL HAS A CHANCE WITH KIM KARDASHIAN

By contrast, a source claimed last month that West “wants to win [Kim] back.”

The 41-year-old TV star – who has North, eight, Saint, six, Chicago, three, and Psalm, two, with the rapper – filed for divorce last year, but an insider suggested that West is keen to rekindle their romance and he recently bought a $4.5 million (R71.6 million) home on the same street as his estranged wife.

“Kanye really wanted to buy a home near Kim and their kids to be close to them. Kanye saw a house on Kim’s block was on the market and jumped at the chance to get it,” said the source.

West feels it will be “easier to co-parent with Kardashian if they live close to each other.” The Stronger hitmaker also “wants to win” her back.

“Kanye believes he still has a chance. Kim is fine with Kanye buying the home because she feels like it will be easier to co-parent and watch their kids in privacy,” the source added.