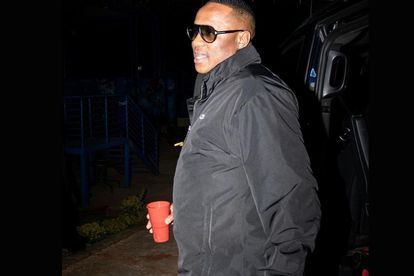 Jub Jub released a personal statement on Twitter apologising to Amanda du Pont after she accused him of raping her. The Uyajola 9/9 host apologised for speaking about intimate details of his “relationship” with Amanda on Podcast And Chill.

“In the aftermath of the release of my interview with MacG I have taken some time to rewatch the interview and reflect on my words, specifically my exchange with MacG regarding Ms Amanda du Pont,” wrote Jub Jub in a statement.

“It was inappropriate for me to discuss the details of my relationship with Ms du Pont in public, I deeply regret the incident,” he continued.

“I wish to apologise unreservedly to Amanda for the humiliation and hurt I caused her… I also apologise to my fans and the public for the inappropriate language I used during the interview,” he added.

ALSO READ: ‘Man has no shame’: Jub Jub is suing trio for defamation of character

AMANDA DU PONT: ‘NO YOU DIDN’T SMASH ME’

Amanda came forward with the allegations after Jub Jub said he “smashed” her on the show. She responded to the television host saying he didn’t “smash” her, he raped her.

Broadcast journalist and spokesperson to minister Nathi Mthethwa, Masechaba Khumalo also claimed Jub Jub raped her. In response to the allegations Jub Jub said that he is leaving claims in the hands of the law.

“With regard to the accusations levelled against me by Amanda and others I have decided to make room for the law to take its course and I request that the media and the public do the same,”