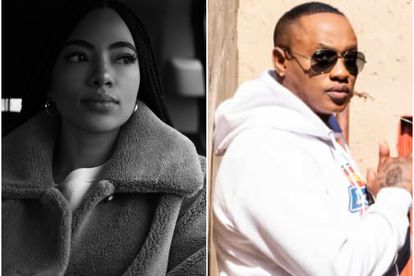 Media personality Amanda du Pont has revealed that Jub Jub previously admitted to raping her and asked for forgiveness.

The Skeem Saam actress alleges that her former boyfriend admitted to sexually harassing her in 2017.

AMANDA DU PONT: ‘HE ADMITTED TO RAPING ME’

Actress Amanda du Pont – who opened a rape case against her former boyfriend Molemo ‘Jub Jub’ Maarohanye has alleged that the Uyajola 9/9 host previously admitted to raping and apologised for raping her in 2017 after he was released from jail.

Maarohanye contacted her through her mediator after he was jailed for culpable homicide.

“I met with him [Maarohanye], and asked him if he knew or acknowledged that he had raped me.”

“He said yes. I asked him why he raped me and all he could say was that he was sorry.”

She revealed this in a statement she submitted to the police in support of her rape case against the rapper.

Police spokesperson Mavela Masondo confirmed to Sowetan that the rape case against the musician was opened on February 10.

“The case was referred to Family Violence, Child Protection, and Sexual Offences Unit for further investigation.”

“No arrest has been made so far,” Masondo said.

JUB JUB ON ‘PODCAST AND CHILL’

Du Pont and Jub Jub made headlines at the end of 2021 after the rapper ’bragged’ that he ‘smashed’ her and took her virginity in the Podcast and Chill interview.

The actress then made a video statement and said she left Jub Jub because he’d been rapping and abusing her.

“I left Molemo because he had been raping and abusing me for two years and ultimately attempted to murder me.”

She stated in her statement that there’s nowhere where Maarohanye denied raping her or Masechaba Ndlovu, who also made rape allegations against the rapper in support of Du-Pont.