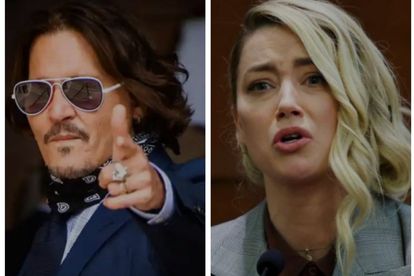 Johnny Depp has been in cheerful spirits since winning his defamation case against his ex-wife Amber Heard, but his messages to fans have ruffled the actress’ feathers.

On Tuesday 7 June, the 36-year-old actress reacted to the 59-year-old actor’s very first TikTok video about “moving forward” which he directed to his fans. The Aquaman actress has also broken her silence after his statement that he released on 1 June upon winning the case.

Depp finally joined his legion of fans on the social media platform on Monday 6 June, getting over 3 million followers in 24 hours.

The Pirates of the Caribbean star eventually posted his first video on Tuesday, which was a montage showing his supporters cheering him on as he travelled to the Fairfax County Courthouse in Virginia, during his six-week-long trial. It also included scenes from his performances in the United Kingdom alongside Jeff Beck.

“And now, we will all move forward together. You are, as always, my employers and once again I am whittled down to no way to say thank you, other than just by saying thank you. So, thank you. My love & respect, JD,” Depp wrote in his first post.

According to Today.com, Heard released a statement through her spokesperson on the same day, lashing out at Depp’s message.

“As Johnny Depp says he’s ‘moving forward,’ women’s rights are moving backward. The verdict’s message to victims of domestic violence is…be afraid to stand up and speak out,” she said through a spokesperson.

ALSO READ: Saudi man proposes to Amber Heard: ‘You have no one except me’ [listen]

The defamation trial ended in a sweet victory for Depp who expressed in a statement that he feels “truly humbled” by the verdict and that “the jury gave him his life back.”

Although the Justice League actress didn’t name him, he claimed her allegations impacted his ability to work. In turn, Heard pursued a $100m (R1.6 billion) counterclaim.