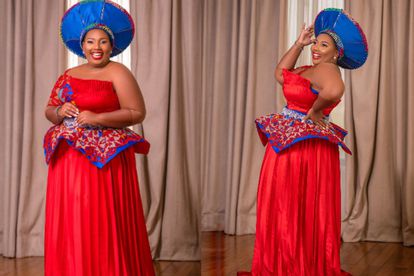 Reality star and businesswoman Nonkanyiso “LaConco” Conco teased that she was on a date via her Instagram Story on 13July.

LACONCO SHOWS OFF ‘HIS VIEW’ ON A DATE

Nonkanyiso “LaConco” Conco who shares a son with former President Jacob Zuma has been teasing her 256 000 Instagram followers with photos from a date. The Real Housewives of Durban (RHOD) star shared a snap of herself with two plates of food and the person taking the photo also having two plates of food.

So, who is the mystery man LaConco seems to be on a date with? Could it be her “baby daddy” Zuma or her RHOD controversial love interest Petal? Here’s what we know about both relationships.

WHAT HAPPENED BETWEEN LACONCO AND JACOB ZUMA?

LaConco was engaged to Zuma but on the first episode of the second season of RHOD she revealed that they were no longer together. She said that she is now raising their son alone with her mom, in a confidential conversation with co-star Sorisha Naidoo.

“I never knew I would be at a stage where I am raising my son with my mom. I never fell in love… to be at this situation I am at today. I don’t think the scars will ever heal,” she continued.

However, she still wished Zuma a Happy Birthday and more recently – She thanked him for his small and big gestures. So, could the pair have reconciled?

On the other hand, there is Petal. “Petal” got his nickname after he sent LaConco flowers on an episode of RHOD. He then became her love interest for the season but co-star Jojo Robinson claimed she was lying about certain details, such as Petal owning a yacht.

On the season finale of the series she revealed that they were in a “situationship” and not relationship.