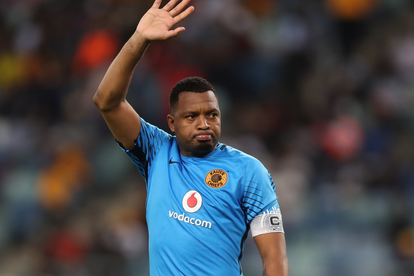 “I bought my first property with my entire prize money that I got from the Telkom Knockout… that’s where my entire money went to. I used the money to pay deposit. Fortunately, it was a brand new house in a development area which didn’t require transfer costs and legal fees.”

The 35-year-old has been investing in property development to prepare for life after football. The soccer star admits that not all soccer players will be coaches or radio or TV analtys in the future.

“When you start early then you develop a habit of continuing to do right things and make wiser decisions. When you leave it up until later, it becomes a problem because you’ve already developed bad habits.”

ALSO READ: Who is Twiggy Moli? Meet influencer who called Ronaldo a ‘p**s’

Itumeleng Khune, who is also a graduate of the inagural PSL and MultiChoice Player Transition Programme admits that he’s headed towards retirement age and the programme came at the right time for him.

“The programme means alot to me. it prepared for the future after football. i am going towards retirement, so wehn I’ve heard about the programme i was one of the first to say i’ll take the opportunity to use it to my advantage.”

“As elders in the industry, we try to encourage all young playesr to invest in their first contracts, so listen and others won’t.”

Daily Sun adds that the popular goalkeeper is in the middle of his goalkeeping courses where he said he’s arming himself just in case he retires early.

According to Briefly, Khune is one of the highest paid footballers and currently earns R480 000 per month in the Premiere Soccer League.