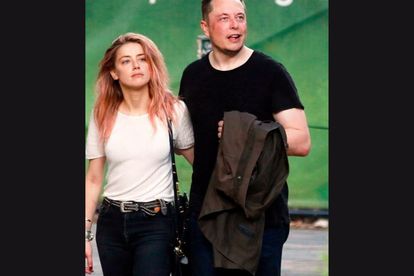 Tesla and SpaceX CEO Elon Musk may be behind by almost $1 million (R15 million) in donations in actress Amber Heard’s name to complete a hefty pledge following her divorce from Johnny Depp.

THE DONATIONS IN AMBER HEARD’S NAME

Page Six reports that Elon Musk may be R15 million behind in donations to help his ex-girlfriend Amber Heard complete a hefty pledge following her divorce from Johnny Depp.

Amber said that she would donate her $7 million (R112 million) divorce settlement to charity. The divorce settlement was said to be split evenly between the American Civil Liberties Union (ACLU) and Children’s Hospital Los Angeles. However, Depp’s attorneys have shown that she had not followed through on her vow.

A video deposition from the ACLU’s general counsel, Terence Dougherty, was played in court which revealed that they have received $1.3 million (R20 million). The publication reveals that not all of the money came directly from Amber but she paid $100 000 (R1.6 million) in August 2016.

Depp made another payment of the same amount in Amber’s name later in August 2016.

It is believed that vanguard donor-advised fund (DAF) – said to be controlled by Musk – anonymously donated $500 000 (R8 million) to the ACLU in Amber’s name in June 2017.

A Fidelity DAF anonymously contributed $350,000 (R5 million) in December 2018. This has not been confirmed as a donation from Musk but he is known to be the only person who donated on behalf of the actress.

Musk has been trending over Amber Heard after Depp accused Amber of cheating on him with the billionaire during their marriage. Tweeps have since dug up old photos of the pair which shows bruises on Musk’s face sparking questions speculation of abuse.

Amber and Depp’s trial has been under the public eye since the beginning. Tweeps believe she went as far as to snort cocaine in court.