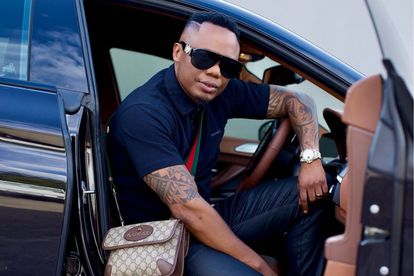 Moments after tweeps accused trolls of pushing Riky Rick to the brink of suicide, and another celebrity is being savagely trolled online: DJ Tira…

The music producer is being dragged by a number of tweeps after he reacted to his industry colleague’s death.

Many tweeps suggest that Tira – who was close friends with Riky – is making the star’s tragic death “about himself”.

Following confirmation from his family from publication Drum magazine that rapper Riky Rick died on Wednesday morning, a number of celebrities took to social media to remember the late star.

DJ Tira was one of them and revealed his anguish in a number of tweets.

“No one cares about us! Asinakiwe! [we are ignored]”

“I pray for all the fathers fighting to be heroes for their families. Stay strong my brothers”

Following DJ Tira’s tweets – which went viral – many of his followers claimed that the star was taking the attention off the death of Riky Rik.

“Do you care about us? Just say RIP and stop annoying us”

“Don’t make the issue about you now Tira! We all have problems. 70% unemployment is no joke. Sonke asinakiwe [we’re also being ignored] and at the brink of poverty”

“You are a grown ass man Tira and you’re doing well for yourself, way more than other citizens. You’re just seeking for attention”

“Tira! Wooahh it’s not about you today.. not today baba! Phola please”

Other tweeps claimed that Twitter users were “cyberbullying” Tira, just as they had done to Riky Rick.

“Not you guys Bullying Tira when you actually just tweeted about being kind”, said one tweep.