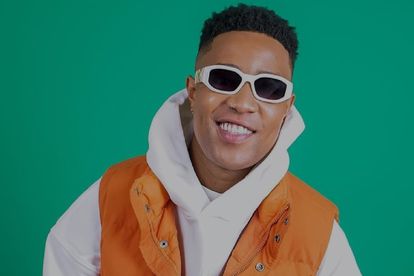 DJ SPEEDSTA OPENS UP ABOUT HIS SACRIFICES

In an emotional Instagram post on Monday 28 February, DJ Speedsta poured his heart out about his departure from the station, saying he has made many sacrifices to secure what he calls his “dream job”.

The Mayo hitmaker started his post by taking his fans down memory lane, sharing how he got to host the Absolute Hip Hop show. In the post, he explained that he had just secured a contract with YFM when the Metro FM job came knocking on his door. Because this was the job he had been dreaming of and wanted more than anything, he then made major financial sacrifices.

“I took all my savings and bought myself out my YFM contract to go do my dream job.”

In addition to this, he says he sacrificed bookings for Saturday nights, weddings and time with his loved ones in order to fulfil his duties at Metro FM.

The 29-year-old radio host and DJ also expressed his gratitude to everybody at Metro FM. He especially thanked those who believed in him. In addition, gave a shout-out to his co-hosts Luthando Lootlove Shosha (who left the radio station in 2020) and DJ Jawz for the impact they made.

“I want to take this opportunity to thank everybody at Metro FM for believing in me and for all the moments. I have tears in my eyes as I type this. We did our thing, Me, Looty and Jawz. Absolute Hip Hop!!” he wrote.

ALSO READ: ‘Nyovest is weak’: Is DJ Speedsta trying to join Cassper in the ring?

Following DJ Speedsta’s announcement, his Instagram account was flooded with message of love from his fans and industry mates. Among some of the celebrities who showed him love was DJ Zinhle who wrote, “You did well Speedy, all the best for the future. Miss you loads.”

He also got sweet messages from his former co-hosts, Lootlove and DJ Jawz. Lootlove wrote,“Proud of you! To the TOP Speedy!”

“We did our thang my G. You and @lootlove2 brought my cool back. You guys were the coolest duo. So glad i recorded most of the shows and took lots of pics from the beginning of the show till the end. Keep it real my Y.O.G, recoup and come back stronger. Love you Speedy” wrote DJ Jawz.