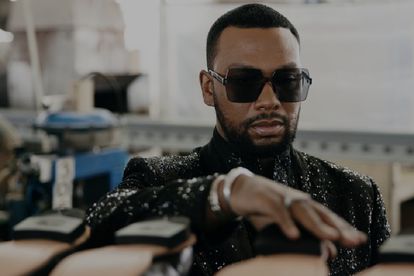 One of fashion guru David Tlale’s former employees has taken to social media to accuse him of sexual assault and exploitation. Image via @davidtlale/Instagram

One of fashion guru David Tlale’s former employees has taken to social media to accuse him of sexual assault and exploitation. Image via @davidtlale/Instagram

Renowned fashion designer David Tlale has been accused of rape and couch casting by one of his former employees.

On Sunday, 06 November, Instagram user Zack (handle @mrzackiekins) opened up about his experience as an employee at African Fashion International (AFI) three years ago, alleging that the 47-year-old took advantage of him sexually and financially.

According to the alleged victim, he was 21 years old when he was allegedly sexually assaulted by David Tlale.

“I was CHARMED and inspired by him. A role model to me at the time and to cut a long story short, he drugged and sexually abused me, he then exploited me of my skills during the pandemic,” he wrote.

Zack claims that Tlale would require him to do press releases and other copy work which he would promise to pay him for, but allegedly never honoured that promise.

“He later offered me a job as his PR & Comms Manager at my most vulnerable, think 2 weeks out of rehab, unemployed – he played around my desperation for purpose, tricked me down exactly 66% (I calculated!) less than what both he and I knew I was worth at the time.” Zack said.

After three months of working for David Tlale, Zack says that he left.

“It took me almost 2 years to realise that I didn’t deserve any of that. To fully understand that it was in fact sexual assault. That I was taken advantage of and just how pure my intentions were. I was young, fragile.

“At some point I was suicidal, blamed and basically fell out of love with myself. Now l continue to heal and build a stronger self-image and confidence.

“F**K YOU SO MUCH @davidtlale! You’re a RAPIST! A couch caster and overall a NARCISSIST. God bless you! But first, find God,” Zack told David Tlale on Instagram.

DAVID TLALE YET TO ADDRESS THE ALLEGATIONS

David Tlale was not available to take a call from The South African and he had not responded to questions sent to them at the time of publishing.

Although David Tlale has not yet addressed the allegations, he took to his Instagram stories on Monday to share Bible verses about fighting weapons.

“The weapons we fight with are not the weapons of the world. On the contrary, they have divine power to demolish strongholds. We demolish arguments and every pretension that sets itself up against the knowledge of God, and we take captive every thought to make it obedient to Christ.” reads the verses in 2 Corinthians 10:4-5.