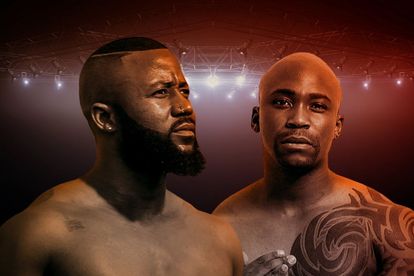 It’s official! Cassper Nyovest and Naakmusiq will be facing each other in the boxing ring come 9 April 2022

The music industry stars are set to fight each other in a hotly anticipated match at Sun City in just under three months.

Naakmusiq – real name Anga Makabulo – posted the fight poster on his Instagram account with the caption: “Fists are part of a Xhosa man’s heritage. Welcome to my playground.”

Cass, on the other hand, tweeted: “We going for a knockout!”.

The fight will take place at Sun City’s Superbowl. Tickets will go on sale on Friday, 21 January at Webtickets.

According to Cassper, other matches will occur during the event, however his fight against Naakmusiq will be the headline event

Whilst Cassper’s previous opponent Slik Talk walked away with R100 000, it’s not yet clear how much prize money is on the table for this match.

It’s also unconfirmed if the match will stream live on YouTube and if viewers will be able to bet on the winner.

DUSTING OFF THEIR GLOVES

Cassper tweeted a clip of his high intensity training, posting: “First day back at the gym. 12 weeks till my fight! He’s bigger than me, he is stronger than me but I believe I’m gonna knock him out! Anything is possible if you believe follow me! This is history!”.

But unlike Cass’s video which won him praise, Naak’s training insight did not get the reaction he hoped for

Many tweeps slammed the singer’s lacklustre performance and even accused him of throwing “baby punches”.

ALSO READ: ‘Sorry!’: Patrick Shai apologises to Cassper for calling him a son of a b*tch