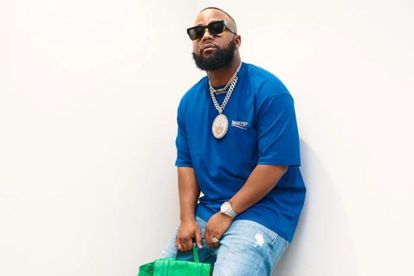 When it comes to boxing, Cassper Nyovest has big plans for 2022.

The rapper and businessman has his sights on a number of celebrity boxing matches, and he is confident that he will win them all.

But there’s one opponent Cassper is desperate to meet in the ring; rival AKA.

Taking to Twitter, Cassper Nyovest attempted to tease his industry rivals after posting another video of him training for his upcoming match.

“Things are starting to take shape in camp. April 9th, we put on a show!”, he tweeted.

Cassper then took aim at two of his “enemies”; AKA and Prince Kaybee. This, after a fan asked him who he wanted to fight next.

“I was definitely gonna drop him [Prince Kaybee]. Him and ma MaDruggs FC! [referring to AKA]”.

He even baited AKA directly with some trash talk

Cassper posted in another tweet: “I would gladly knock his head off. He is definitely scared and after this fight with Naak, he is going to be more scared. Naak is a tough guy and Ima drop him. The top 2 fights I really want is AKA Madruggs And Princess Kaybee… I would love both of them this year!”.

He added: “I want them back to back. Top 1 is definitely Madruggs Fc. His career is done, might as well get in the ring and get some hype around his dead name. I want to knock his head off! Fight of the year!”.

WILL AKA TAKE UP THE CHALLENGE?

According to tweeps, AKA is likely to react to Cassper’s taunts, particularly after the latter referred to him as “Madruggs FC”.

“I always support you..But if he comes for you after calling him Madrugs o sa tlo lla.. [you will cry]. He will destroy you, let’s not remind you how low he went the last time”

Others weighed in on who would win the R1 million match between Cassper and AKA.

“When it’s war it’s war , tell Madrugs to step in the ring. It’s going to be sad when Cass drop him”

“AKA is from Cape Town, uzovele akfake isbhamu unye [he’ll just fire one] while you thinking everything is a joke”

TikTok to BAN political funding – what does this mean?