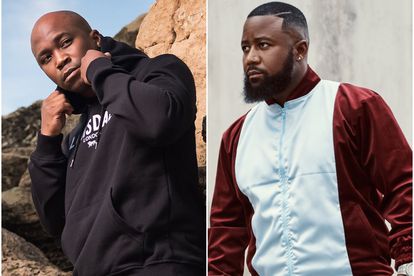 With the countdown officially on to the “biggest celebrity boxing match of the year,” all eyes are on Cassper Nyovest and Naakmusiq.

The rappers are set to face off in the ring on Saturday 9 December at Sun City’s Super Bowl.

In a promotional video for the fight, Cassper and his opponent Naak are seen gearing up for the upcoming match.

In Cass’s clip, the hitmaker is seen breaking a sweat in the gym as he prepares for another round in the ring. This, after he beat YouTuber Slik Talk in their boxing match back in December 2021.

He captioned the clip: “1 week! Time to put on a show! April 9th! Sun City! Biggest fight/weekend of the year!”.

Naakmusiq also shared his own clip via streetwear brand Lonsdale, which is his official sponsor for the event.

They shared on their Instagram page: “A champion doesn’t become a champion in the ring, he’s merely recognized there. His ‘becoming’ happens during his daily routine. @iamnaakmusiq we will be cheering you on come 9th of April. Cassper, we’re coming for you”.

But if you’re looking to attend the star-studded weekend away at Sun City, you’d better act fast. Web Tickets reveals that only 11 tickets for the weekend package are left.

The tickets – ranging from R16 500 – R65 500 – include accommodation and breakfast at various Sun City villas, access to the match and pre and post fight events, and a full weekend’s pass to the Valley of the Waves.