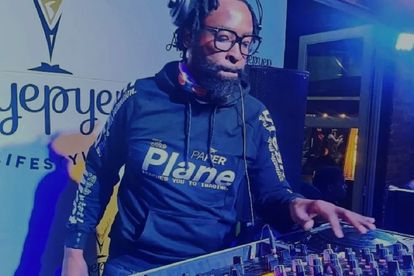 DJ Sbu has spoken candidly about his ‘dumb’ financial decisions and the consequences that came with living the ‘celebrity life’. Image via @djsbulive/Instagram

DJ Sbu has spoken candidly about his ‘dumb’ financial decisions and the consequences that came with living the ‘celebrity life’. Image via @djsbulive/Instagram

Sibusiso “DJ Sbu” Leope has opened up about his poor financial decisions that caused him to overspend in order to live the “celebrity lifestyle” when he was younger.

The entrepreneur, musician and podcaster spoke candidly on The Penuel Show on 3 October about investing and the lessons he has learnt in business.

Speaking about his long list of accolades — which include TV and radio presenting, co-owning record label TS Records and starting his online radio station called Massiv Metro — DJ Sbu admitted that he made “dumb” financial choices when the money started rolling in and he blames no one else but himself.

“When it comes to finances, I’ve fallen and I’ve got myself to blame and nobody else,” he said.

When Penuel asked him to elaborate, he said:

“From those Porches and just that lifestyle. I’ve lived the lifestyle, I’ve travelled, I’ve driven all these great cars, these sports cars. I’ve lived the nicest life, the celebrity life, partying and just throwing parties … as you grow older you know better and do better … I was overspending… I was proud about it but now I realise that I was dumb.”

LEARNING FROM HIS MISTAKES

The Remember When It Rained hitmaker explained that his wake-up call came when his son was born. This is when he started investing in a number of business ventures, although some have failed.

DJ Sbu highlighted the pressures of being in the entertainment industry at a young age, which force people to live outside their means.

“I looked richer than I actually was,” he said.

Currently, DJ Sbu does not have a car. The only cars he drives are his company cars and he revealed that this is by choice.

“I don’t have a car by choice and I always tell people that I’ve been building,” he explained.

WATCH THE FULL INTERVIEW IN THE YOUTUBE VIDEO BELOW