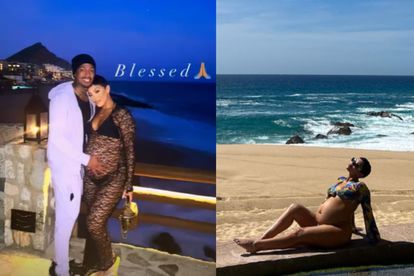 It seems Abby de la Rosa may have just confirmed that Nick Cannon is in fact the father of her unborn child. TMZ reported that Cannon was the “baby daddy” after Abby announced that she was expecting her third child. The DJ already has a pair of twins with the Wildin’ Out host.

According to Abby’s Instagram Stories, Cannon took her on a “babymoon” to an undisclosed location, near the beach. A “babymoon” is similar to a honeymoon, but instead a vacation to celebrate the upcoming birth of a baby.

So, this is most like Abby’s way of confirming that Cannon is her “baby daddy”. She thanked him in her Instagram Stories as she shared a video of him.

“I am beyond grateful for him. Thank you for the most unforgettable experience @nickcannon,” she wrote.

She also shared a photo of them with the caption “blessed”.

This comes after the TV host welcomed a son with Bre Tresi in June. A baby girl with LaNisha Cole, announced on 15 September. Another baby with Britney Bell on 23 September. Cannon has one baby on the way, but he is already a father of 10.

ALL THE KIDS AND ‘BABY MAMAS’

ALSO READ: ‘Not my forever’: Abby on open relationship with Nick Cannon