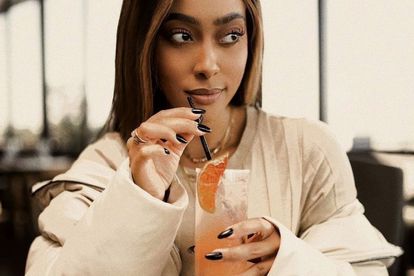 Sarah Langa weighs in on her relationship status. Image via Instagram @sarahlanga

Sarah Langa weighs in on her relationship status. Image via Instagram @sarahlanga

Amid rumours of being romantically involved with Black Coffee, Sarah Langa denied being in a relationship, saying that her divorce hit hard via a Q&A on her Instagram story.

Dating or not? DJ Black Coffee and Sarah Langa rumours

There has been rumours of a budding romance between the world-renowned DJ and the luxury social media influencer for some time now. Starting back in 2020, the two were spotted together in Cape Town. At the time, Langa denied any romantic ties.

“This is news to me. Our relationship is something I cannot explain. We work in the same industry. Obviously, I know him, but not like that,” said Sarah Langa to Sunday World.

Although Langa denied being in a relationship with Black Coffee, speculation of a potential romance did not end there.

In May, Black Coffee was on an international tour in the United States (US) and Sarah Langa was living her best life on vacation with her best friend Kefilwe Mabote in Mexico.

Thereafter, Langa seemed to be in Miami where Black Coffee was playing a gig. Both celebrities posted pictures of being in Miami at the same time. With their posts being just an hour apart, the romance rumours started doing the rounds again.

This was further fuelled when Black Coffee’s son, Esona, posted a picture of Langa on his story.

In an Instagram Q&A session, one of Langa’s 556 000 followers asked her if she was planning to be in a relationship any time soon and she responded by saying “no”, explaining that her divorce broke her and she is now focusing her energy on picking herself up again.

“Uhmm! Nooo… I’m currently on a journey of self discovery and healing. My divorce really f**ked me up and broke me. I want to focus all of my attention on picking myself up again,” responded Sarah Langa.

Sarah Langa was previously married to Jehan Mackay but the pair split in 2019 after two years and 10 months of marriage. The divorce was allegedly due to her obsession with social media.

The influencer reportedly made her first million through the divorce. However, she expected to have gotten more out of it. As previously expressed, Langa had a tough time with her divorce.

“Divorce is not easy, it feels like losing a best friend, It’s like mourning a best friend’s  death to you but also witnessing that same friend’s life through a window without you. The world punishes women for divorces and there’s still so much stigma attached to being a divorcee, you will lose all (of) your married friends, there’s this constant unwanted pity that follows you everywhere you go,” Langa said according to Zalebs.

“My advice is to never stay in a toxic marriage but when you walk away do it privately and secure your support structure to protect yourself from the above. Once you have dealt with the challenges and accepted the divorce, open yourself up to your new amazing new life and leave the past behind,” she added.