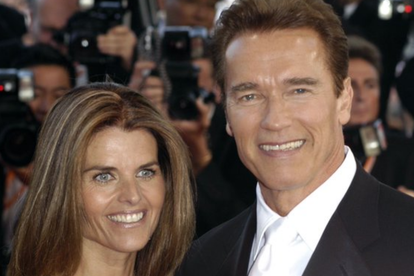 Arnold and Maria are finally divorced. Image via Twitter: @QT4USATRUMP

Arnold and Maria are finally divorced. Image via Twitter: @QT4USATRUMP

Arnold Schwarzenegger and Maria Shriver are officially divorced – an entire decade after papers were first filed. Maria filed for a divorce in 2011 after Arnold fathered a child with their housekeeper, Mildred Patricia ‘Patty’ Baena. The couple separated shortly after she filed for divorce but did not actually start with the proceedings.

The couple will be splitting their net worth in half.

In July 2011, Maria Shriver filed for a divorce from her husband Terminator star Arnold Schwarzenegger. Her decision came after Arnold allegedly fathered a child with their housekeeper Mildred Baena.

Daily Mail reports that Arnold and Mildred’s son Joseph Baena was born only a few days after Maria welcomed their fourth child Christopher into the world.

Unable to deal with the betrayal, she decided to file for divorce and separated from Arnold. The divorce however was at a standstill due to “a lack of motivation” and a complex property settlement, Daily Mail reports.

TMZ reports that in early December this year, a sitting judge entered the divorce into the court system Tuesday morning at L.A. Superior Court after a private judge signed off on the divorce.

The couple who have a combined net worth of around $400 million have decided to split it in half. Maria and Arnold married in 1986 and did not have a prenup. They have four children together: Katherine, 32, Christina, 30, Patrick, 28, and Christopher, 24

Despite being separated, they remained cordial over the years and have still attended family events together. They have also both moved on romantically.

Arnold has been dating physical therapist Heather Milligan for over eight years while Maria was in a relationship with Matthew Dowd.