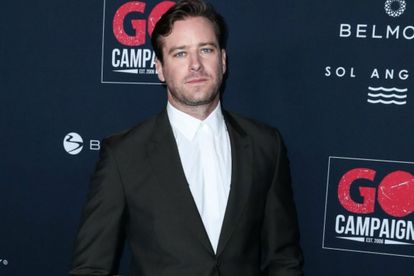 The Rebecca actor is said to have left the Cayman Islands, where he has spent much of the last year, to receive treatment to treat his “drug, alcohol and sex issues”, and has been staying at an in-patient facility in Florida since 31 May, two sources told Vanity Fair magazine.

Armie is said to have the support of his estranged wife Elizabeth Chambers – who he split from last summer – and his family, with his former spouse and their children Harper, six, and Ford, four, accompanying him to the airport when he flew back to the US.

A family friend told the publication that the Call Me By Your Name star is “committed to getting healthy and having custody of his kids”.

The insider added: “This is a clear sign that he is taking back control [of] his life and knows that this [is] a step towards his overall well being.”

Another source claimed the 34-year-old star had reached out to Elizabeth, 38, asking for help and vowing to go to rehab for as long as it took to get healthy.

A friend said: “Everyone looks at Armie thinking that he’s had some sort of privileged life — and that must mean there were no problems in his youth and everything was peachy keen.

“But that’s not necessarily the way things go. Just because you come from an upbringing where financial resources are plentiful doesn’t mean life isn’t without problems.”

A spokesperson for the actor has yet to comment on the reports.

Armie’s apparent decision comes several months after allegations were made by a number of women who accused him of being controlling and abusive, as well as having cannibalistic fantasies.

And in March, a woman named Effie came forward to accuse the Social Network actor of “violently” raping her in 2017.

During a press conference with her attorney Gloria Allred, Effie alleged:

“On April 24, 2017, Armie Hammer violently raped me for over four hours in Los Angeles. During which he repeatedly slapped my head against a wall bruising my face. He also committed other acts of violence against me to which I did not consent.”

Effie said she thought Hammer was “going to kill” her, and claimed he beat her feet during the alleged attack “so they would hurt” and said she tried to leave “but he wouldn’t let” her.

The 24-year-old woman alleges she met Hammer on Facebook when she was 20, and admitted to falling in love with the actor, although she now believes she fell victim to “manipulation tactics”.

Armie denied the allegations on the same day the press conference was held, and his lawyer has provided screenshots of alleged text conversations between him and Effie which seemingly suggest he told her they couldn’t pursue a relationship, though these are not verified.

In one message, Hammer allegedly told Effie: “I am not going to be able to engage in you in that specific way right now. It never ends well. We can talk and be friends, but I can’t do that.”

The actor’s lawyer also said Hammer’s encounter with Effie was “completely consensual, discussed and agreed upon in advance, and mutually participatory”.