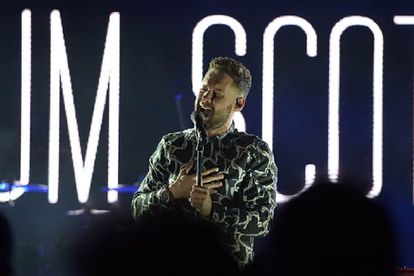 The man with a voice sent from heaven is touring South Africa this year. Callum Scott has delighted fans by announcing two dates in Mzansi for his Only Human tour.

The artist behind the power ballads Dancing On My Own and You Are The Reason has enjoyed both critical and commercial success across the world. He’s been a favourite in this country ever since his stunning Britain’s Got Talent performance went viral.

If you make Simon Cowell press his golden buzzer, you’ve done something right haven’t you? Here’s how you can see the Hull-born crooner live in 2018.

When is Callum Scott performing in South Africa?

Great news, both shows will be played over one weekend: His two dates will take place on Saturday 10 and Sunday 11 November. This is his first visit to SA.

Where is Callum Scott performing?

To see Callum Scott live, you’ll be paying R495 per ticket. There are no VIP packages made available as of yet, and each order includes a R15 service fee per purchase. So one ticket will cost R510 in total, two will set you back R1 020, and so on.

How do I book tickets?

You simply go to the Nutickets website, choose how many tickets you want for either the Cape Town or Johannesburg show, and click “buy now”. You’ll be redirected to a payment screen where you’ll be asked to enter your card details.

Once you’ve registered and the payment has been taken, you’ll receive a confirmation email of your purchase. And just like that, you will be on your way to seeing one of the most soulful singers in the industry.

Only Human is Scott’s debut album, which is lead by his cover of Robyn’s Dancing On My Own. The song became a chart-topper in 34 countries and even earned him a Brit Award nomination in 2016.

In South Africa, Only Human has been certified gold after selling 500 000 copies, and his other most famous single – You Are The Reason – went platinum, smashing the one million sales mark in the first few weeks of release. The song has been downloaded a total of 2.5 million times in Mzansi.