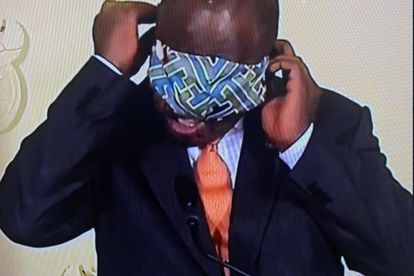 The Department of Health has revealed that masks will still be a requirement in certain areas and circumstances in South Africa once it lifts the national state of disaster.

The department proposed this on Wednesday (16 March) under the National Health Act.

South Africans will still be required to wear masks under the Department of Health’s proposed regulations.

The department stated that the planned regulations will act as an instrument for the South African government to manage the Covid pandemic and future pandemics.

Business tech has revealed that proposals are open for public comment until 15 April 2022.

There have been mixed reactions from South Africans following the news as some feel that they shouldn’t be compulsory as countries like the United Kingdom and Scotland have begun to completely remove them as a regulatory requirement.

ALSO READ:NEWS IN A MINUTE: Mask wearing is must, new COVID laws | Video

The four proposed rules will be a requirement in the following situations:

It is unclear at this stage whether mask-wearing in an outdoor public space – such as on the street will be enforced.

The South African will update on the final phases as these changes are still in the proposal phase and could still be altered.

“Once approved, the regulations will be implemented within the National Department of Health and with the support of some of the public entities reporting to the department and will not be tabled before parliament.”

“It is subordinate legislation which parliament has already delegated to the minister,” the department said.