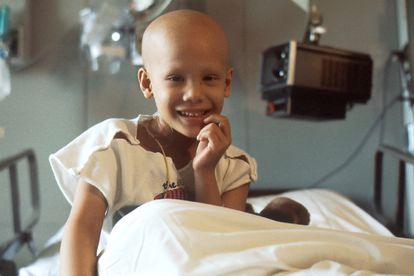 The incidence of breast-, cervical-, prostate-, lung-, haematological and paediatric cancers is on the rise in South Africa and is expected to continue to grow over the next decade.

By 2030, a new study by actuaries and public-health experts from the University of Cape Town’s (UCT), Emma Finestone and Jodi Wishnia from the University of the Witwatersrand, forecast that there will be 121,000 incidences of cancer compared to 62,000 in 2019. This is a result of increases in the age-specific incidence rate of cancer, as well as the growth and ageing of the population.

The findings highlight the need for increases in resources available for cancer services, as well as rapid implementation of cancer-prevention strategies, to reduce the number of future cancer cases, and thereby reduce the burden on the health system.

In the study, a model was developed that forecasted the incidence of five of the most commonly diagnosed cancers in South Africa. The model aimed at estimating the true underlying burden of cancer, as opposed to diagnosed cases only.

CANCERS IN THE PUBLIC-SECTOR POPULATION

Finestone said the majority of cancer incidence – ranging between 80% and 90% over the forecasted period – occurs in the public-sector population.

Writing in the SA Journal of Oncology, Finestone added that, planning for cancer services should be evidence-based to ensure that resource allocation is commensurate with the expected burden of disease and associated costs.

“This requires the availability of relevant, recent and reliable data. At present, such data are not publicly available. This highlights the need for comprehensive incidence and cost data across both the public and private sectors.”

BUDGETING TO ACTUAL BURDEN OF DISEASE

“Accurately estimating the burden of disease is vital as South Africa shifts towards achieving universal health coverage under its anticipated National Health Insurance, where capacity will likely be expanded by contracting from the private sector. This expansion, given the scale of the projected need, has large financial consequences,” she said.

According to the 2020 report on cancer by the World Health Organization, the number of cancer cases is expected to double over the next 20 years, with the majority of increases occurring in low-and middle-income countries.

“In South Africa, infection-related cancers, such as cervical cancer and Kaposi sarcoma, are among the most commonly diagnosed cancers. This is consistent with our model forecasts, which identify cervical cancer as one of the three cancers with the highest incidence,” said Finestone.

She noted that the high prevalence of HIV in the public sector is a key driver of the increasing incidence of cervical cancer, Hodgkin’s lymphoma and non-Hodgkin’s lymphoma. “Approximately one-third of these cancers occur in people living with HIV (PLWHIV).

Given the reduction in risk of developing these cancers and the improved treatment outcomes that are associated with successful antiretroviral therapy in PLWHIV, ensuring that PLWHIV receive and adhere to treatment is a cost-effective way to reduce the incidence of HIV-related cancers while simultaneously preventing other HIV and Aids-related morbidity.”