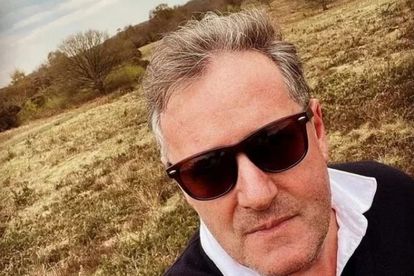 Piers Morgan has an opinion about everything….from Meghan Markle to the Olympics to gender inequality.

Now the outspoken media personality has weighed in on another debate taking over social media, this time involving a culinary dish that is famous throughout the world: curry.

PIERS MORGAN NOT IN A HURRY TO CANCEL CURRY

Earlier this year Indian-American food blogger Chaheti Bansal called for the word “curry” to be cancelled, after claiming it ‘deep-rooted ties to British colonialism’.

Since then, the flurry about curry has gone viral, with tweeps having mixed responses to claims.

Of course, Piers Morgan added his thoughts to the mix, claiming he would rather get a first class ticket to space than concur with the statement.

He tweeted; “If the word ‘curry’ is now deemed to be racist, then I need to leave this planet with immediate effect”

And for once, many tweeps agreed with him…

“Wtf? Why would that word sound racist? I always say that word!,” claimed one follower. Another added; “I eat curry just about every day and I am gobsmacked that it is regarded as being racist”.

Then there were the tweeps that just wanted Piers to leave the planet – and pronto.

“Bloody ridiculous but if it means getting rid of you I’ll allow it,” a tweep quipped. A second added; “Ciao, send us a postcard and don’t hurry back.”

NOT LIKELY TO ENJOY A GOOD CURRY

It’s unlikely Piers Morgan would even be able to enjoy a good curry, given that he has lost his sense of smell and taste following his battle with Covid-19 earlier this month.

Taking to Twitter, the controversial star claimed that whilst he would love to have a drink to end of his day, he probably wouldn’t be able to taste it.

The former Good Morning Britain host even admitted to another strange side-effect of the rampant virus.

He tweeted; “A new treat – aside from ongoing tedious fatigue & inability to taste wine, all the coughing’s caused a ‘posterior vitreous detachment’ in my left eye.

“I’m now seeing weird ghostly cobwebs swimming around. It really is the virus that keeps on giving.”