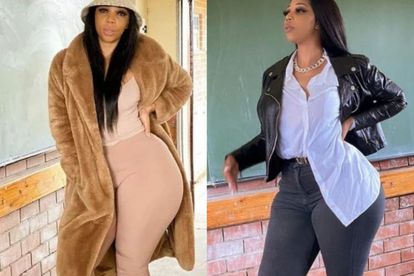 Should South African teachers have a dress code? Images via Instagram @lulu_menziwaa

Should South African teachers have a dress code? Images via Instagram @lulu_menziwaa

Buhle “Lulu” Menziwa, popularly known for her racy outfits in the classroom, is reportedly South Africa’s richest teacher with a net worth of R7 million. Although her millions have had Mzansi buzzing, she had many questioning her classroom attire…

Let’s take a look at some of Menziwa’s “teacher outfits” and what our government has to say about the appropriate dress code for teachers.

In February 2019, a tweep mentioned Gauteng MEC Panyaza Lesufi on Twitter with images of Lulu Menziwa’s outfits saying Lesufi was “making it hard for our kids to pass”.

Taking to Instagram Live, Menziwa, who is also a popular social media influencer, shut down those who were making negative comments about her outfits on social media.

“I know now I’m famous, I’m all over the social network[s]. Radio stations [are] talking about me.”

You are forgetting one thing that I’m not teaching the kids of your age; I’m not teaching 25, 26 to 40-year-old learners. My kids are younger, they don’t have the perverted mind that you have, so stop.”

TAKE A LOOK AT THE TEACHER’S OUTFITS

THE GOVERNMENT ON TEACHERS’ DRESS CODE

In 2008, Lindiwe Sisulu, who was the minister of housing at the time, demanded that teachers dress in formal wear. Ronald Swartz, the former head of the Western Cape education department said he supported a dress code for teachers.

“There was just too many schools where the dress code is horrendous and where it is extremely difficult to distinguish between teachers and learners and many times, between teachers and thugs who manage to invade schools for various purposes,” said Swartz as per Mail & Guardian.

“It is critical that teachers are professionally attired,” added Swartz.

As per a 2017 report, the South African Democratic Teachers’ Union (SADTU) slammed the idea of educators having to adhere to a dress code.

“Educators like any member of society have their own dress code preferences and have every right to dress in any appropriate manner which gives them comfort.”

With a reported net worth of R7 million, Lulu Menziwa could be South Africa’s richest teacher, but it’s not only teaching that makes her those big bucks!

According to her Instagram biography, the maths teacher is also the owner of her own clothing boutique, Madam Buhle, some real estate ventures and she owns her own skin-care brand, MB Glow.