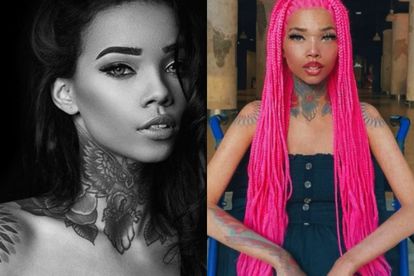 A 27-year-old Instagram model Gena Tew, who’s reportedly been linked to numerous celebrities such as  Chief Keef, Chris Brown, and Nick Cannon reveals she nearly died from AIDS after not testing for the virus for nearly ten years.

ALSO READ:‘Coming out during Pride is big’: Zozi Tunzi mistaken for lesbian model

The TikToker and Instagram model Gena Tew, who’s linked to Nick Cannon and Chris Brown confessed on her TikTok account on Monday, 25 July that she doesn’t know how she contracted the HIV/AIDS virus.

Gena Tew opened up about her experiences in a video posted on her social media accounts and told her followers that she doesn’t know when or how she contracted HIV which led to her current condition.

The 27-year-old model was surprised when her doctor told her the virus had to have been in her system for at least eight to ten years.

The doctor predicts she must have contracted HIV/AIDS when she was a teenager, between the ages of 17 and 19, according to his assessment.

The model also shared photos from an October 2015 outing with Nick Cannon captured by paparazzi and shared that she modeled for Breezy-owned clothing brand Black Pyramid, with Chris Brown sharing her photo on his Instagram page, according to theshaderoom.com

In December 2015, the model shared she had been hanging out in LA and NYC around Nick and Chief Keef.

WHERE DID SHE GET THE HIV/AIDS VIRUS?

The entertainer has not confirmed having any intimate relationships with any celebrities she’s claimed to know in the video.

Tew admitted in a Q&A session with her followers that she hadn’t tested for HIV or AIDS during an eight to ten-year period, and only got tested once the symptoms became visible.

She also revealed that she was raped several times when she was homeless and could have contracted the virus from when she was living on the streets of New York City.

The 27-year-old TikToker also reveals that she previously received free tattoos, with the blood-borne illness known for being spread through needles.

“Could it have been a dirty needle? I don’t know. Do I know those people? No. Did I say anything when those things happened? No. Because I was naive and I was stupid and I was young.”

She shares in the video that her weight dropped drastically, she lost the ability to walk, she’s blinded in one eye and she had to undergo physical therapy just to get her body back into shape.