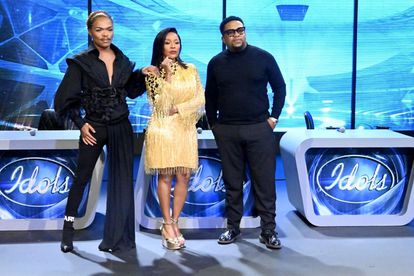 A new trio of judges have been announced for the 18th edition of Idols SA … well at least two new faces, that is.

Media personality Somizi marked his return to the singing talent show after being temporarily taken off air last year.

Joining him are brand new judges Thembi Seete and JR, who are both professional recording artists in SA. Proverb also returns to helm the show as presenter extraordinaire.

OUT WITH THE OLD, IN WITH THE NEW

Idols SA made the announcement on their social media pages, revealing that big things lay in store for the show.

“It’s a whole new competition this year, in more ways than one!”, they said of the exciting announcement.

It’s a whole new competition this year, in more ways the one! The amazing Thembi Seete and JR will be joining Somizi on the #IdolsSA season 18 judging panel! Click the image to read all there is to know.

“Known for his vibey energy, dramatic dress sense and honest critique as a judge, Mhlongo will dazzle our screens yet again as he ushers in a new era for the show and guides a new crop of talent”, a press release stated.

Joining Somgaga is acclaimed actor, dancer and musician Thembi Seete or as Idols SA would say “a triple threat pop culture icon”. And rounding off the new team is music mogul and businessman JR Bogopa.

Thembi and JR have permanently replaced Unathi Nkayi and Randall Abrahams who were both shown the door after many seasons on the show.

According to M-net, the show did not renew their contracts as they planned to take a “fresh approach to the judging panel to retain audiences and stay competitive in the Sunday night timeslot”.

But whilst many viewers are excited to see new faces on their screens, not everyone is convinced that change is a good thing.

Many tweeps were of the factually incorrect belief that neither Thembi nor JR had a musical background.

“Idols is about musical talent mos, not only about popularity?. Having Thembi and Somizi on the same panel doesn’t make sense to me”

“So we have characters not musicians as judges”

“I don’t mind this panel, but having a singing competition with no actual singers on the panel is weird”

Others were annoyed, regardless of the new talent.

“Its a wrap. Cheers Idols not ever watching again”

“Idols has unfortunately reached its expiry date, no amount of judge swapping can change that”

He tweeted: “Thembi is an artist. You may not like having her as an Idols judge but don’t invalidate her career.”