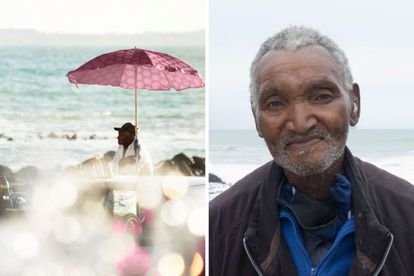 The 71-year-old, ‘Uncle George’ is an icon in the Blouberg community. Image: Supplied

The 71-year-old, ‘Uncle George’ is an icon in the Blouberg community. Image: Supplied

George Phontshe Peni from Khayelitsha, Cape Town, has made an honest living selling ice creams, whilst capturing the hearts of the Bloubergstrand community and beachgoers for more than four decades.

The 71-year-old, “Uncle George”, who is an icon in the community, is affectionately known for his kind-loving nature, warm heart, and patience. Come rain or shine, he can often be seen peddling his bike to support his family.

Demonstrating random acts of kindness, George is known for giving out free ice creams to children who are short of change for a treat.

“Uncle George about a month ago gave my grandson ice cream for free, as I did not have money on me and he said a child should not go without ice cream.

“I could not believe the kindness and warmth of this man. Later on, we paid him back, however, his gesture had no price”, said one Instagram user.

As George is getting older, business has become a bit slower than it was in his golden years.

Due to financial struggles, he sometimes misses an opportunity to sell his ice cream on days when he can’t afford the travelling costs to and from his home.

He also lacks the strength to ride his bike, and rather pushes it alongside Babalwa, a family friend determined to help keep George’s small business and dream alive.

Having lived in Blouberg for over a decade, Michelle Nel formed a special friendship with George, despite their different backgrounds, age gap, and a language barrier.

“When you see an older person almost every other day working with the commitment and contentment of George, you cannot help but take an interest in their story.

“The more I saw George, I couldn’t help but envy his equanimity in the simplicity of his lifestyle. It’s like he figured it out, you know,” said Michelle

Hearing his stories, she eagerly took notes, hoping for the opportunity to one day share his story with the world. But sadly, as it often happens, life and work took over, and the loosely translated tales of his life were misplaced.

Crowdfunding on BackaBuddy for Uncle George

A few years later, the unexpected happened: In need of taxi fair to get home one day, George showed up on Michelle’s doorstep out of the blue, with no knowledge of where she stayed.

Feeling a sense of divine intervention, Michelle knew it was the right time to tell George’s story and see if her community would help George get back on his feet.

With a suggestion from her husband, Regardt Nel, Michelle decided to launch a crowdfunding campaign on BackaBuddy with a fundraising target of R50 000, hoping to surprise George with a pension fund to support him and his family in the long term.

Michelle was blown away when the campaign soon reached over R23 000, with the support of 57 donors, each sharing heartwarming interactions with George over the last 43 years.

‘The spirit of Ubuntu is alive’

Having helped set up a banking account for George, Michelle’s hope is that he will have an easier life, and have the means to fix his home and buy furniture.

“Thank you to the Blouberg community, for all you have done to echo the impact George has had to you. While he didn’t ask for us to do this for him, I know, by seeing his face as he reads through your donation comments that he is grateful beyond words. The commitment and love you have shown, proves that together we can make a genuine change in people’s lives,” Michelle concluded.