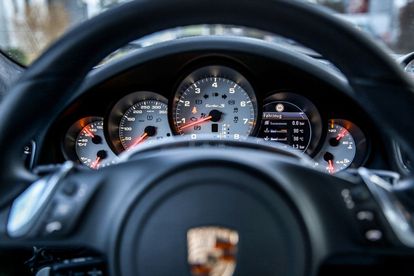 A matric pupil arrived at school in a Porsche! Image via Pixabay

A matric pupil arrived at school in a Porsche! Image via Pixabay

Inland school pupils headed back to the classroom on Wednesday 12 January after a well-deserved break. A matric pupil stopped traffic on social media when she arrived in style for her last year of school. She drove herself to school in a high-end Porsche and showed off her R50 000 Christian Dior book bag. The pupil also included her “essential” Louis Vuitton glasses.

ENTERING THE SCHOOL YEAR IN STYLE

Luyanda Mhlalukwana often shows off her lavish lifestyle on her Instagram. From posing next to high-end cars and taking selfies at the Gucci store, she’s done it all.

On 12 January, Mhlalukwana took to Instagram to share that she was “late for school”. In the Instagram story, the matric pupil showed off her lavish Porsche.

Mhlalukwana then boasted about her Christian Dior bookbag that retails for over R50 000 and her “essential” Louis Vuitton glasses.

‘LIVING THE ‘BLOOD AND WATER’ LIFESTYLE

Taking to Twitter, many were stunned to see the matric pupil arrive at school in a Porsche. Many compared her Instagram snaps to the luxury lives of the students on Netflix’s Blood on Water.

“I would probably be disrespectful with all that,” wrote one tweep.

Another tweep wrote: “Imagine being her teacher, telling her to study hard for a better future.”

BACK TO SCHOOL CHRONICLES

Several parents took their bundles of joy for a new school year but some little ones wanted a longer holiday.

This bundle of joy in Gauteng was not ready to start Grade 1 and tried to run away from his teacher but luckily a staff member caught him just in the nick of time.