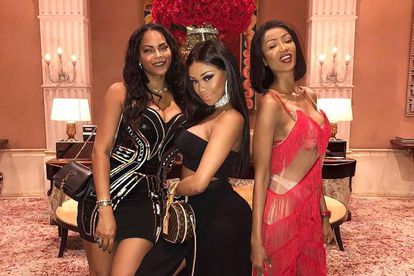 Social media blew up this week with pictures of South Africa’s most popular TV personality, Bonang Matheba in Dubai.

Earlier this month, Bonang was due at the Special Commercial Crimes Court in Johannesburg for charges related to tax fraud.

The case has since been postponed to 14 November, as her defence argued that they needed a little more time to make representations.

Anyone facing charges of this magnitude —  a potential two-year prison term matched with a sizeable fine — would think twice about making plans for a vacation.

However, that did not stop Queen B from letting her hair loose and exploring the wonders and golden sands of the great Dubai.

As it is suggested in one of her recent Instagram posts, ‘Moghel’ was in Dubai for the GQ Middle East Launch Party. She does, however, look like she is on vacation more than work, judging by the nature of the images she posted on her Instagram page.

As the recent cover girl of GQ South Africa, the invitation to the event made all the sense in the world.

Legally, Bonang has every right to board a flight to the furthest place on earth. The postponement of her t tax fraud case did not come with any restrictive conditions.

She is however under strict watch concerning her availability for the next court hearing in November. Should she not appear on the said date, an official warrant for her arrest would be issued and things would get a lot more restrictive for her in future.

Queen B has a good head on her shoulders and knows better though so this is not expected.