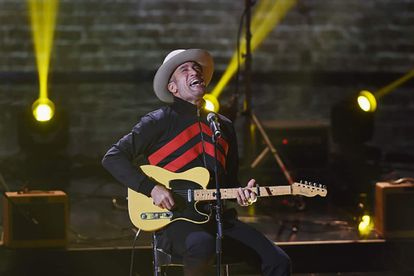 American singer-songwriter and multi-instrumentalist, Ben Harper is making his way to South Africa in June.

According to Cape Town Magazine, while the Soweto Gospel Choir and Harper will perform as the main acts, while the rock group Jack Mantis Band and jazz/blues singer Auriol Hays have just been announced as opening acts at the Ben Harper concert on 4 June at GrandWest in Cape Town and Pretoria on 6 June, respectively.

Ben Harper is set to perform with the Jack Mantis Band on 4 June at GrandWest in Cape Town.

The Cape Town Magazine further reports that the Jack Mantis Band is currently wrapping up a 52-date tour of Germany, to perform in South Africa.

Jack will be stepping away from his European schedule for a week to share the stage with Ben Harper in Cape Town, before returning to the road in support of their movie release ‘Blown Away’, which has been officially selected for the International Ocean Film Festival and is set to be released in South Africa towards the end of 2019.

Auriol Hays will open for Ben Harper on 6 June at Times Square Casino in Pretoria.

The ‘budding jazz juggernaut’ will open for Harper in Pretoria. Hays is known for her ‘powerful sultry voice’ and have five albums under her belt.

Cape Town Magazine is also hosting a special offer for groups: buy three tickets, and get another one free. To activate this deal simply click here to book tickets. Your name will also go into a draw with a chance to win a meet-and-greet with Ben Harper and the Soweto Gospel Choir.

Beginning with his 1994 debut, Welcome To The Cruel World, Harper released a string of eight studio albums over a decade and a half. This extraordinary run, featuring contributions from the Innocent Criminals, established him as a singularly powerful songwriter and performer with a range across multiple genres and an unmatched ability to blend the personal and political.

The accolades poured in – Rolling Stone hailed his “jewels of unique and exquisitely tender rock & roll,” while Entertainment Weekly praised his “casual profundity,” and Billboard said his music “reminds us of the power and beauty of simplicity.”

Massive, international sold-out tours, Top 10 debuts in the US, Gold and Platinum certifications overseas, and a slew of TV appearances cemented Harper and the band’s status as genuine global stars.