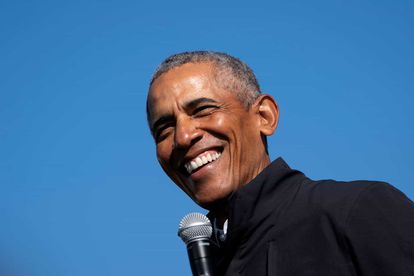 Speaking during his appearance on The Late Late Show with James Corden on Monday 17 May, Obama said: “When it comes to aliens, there’s some things I just can’t tell you on air.”

The 59-year-old politician and author did reveal that he asked if there was a secret lab he needed to know about that was hiding alien information when he entered the White House in 2009.

Obama explained: “When I came into office, I asked, is there a lab somewhere where we’re keeping the alien specimens and spaceships?

“They did a little bit of research and the answer is no, but what is true and I’m actually being serious here, there’s footage and records of objects in the skies that we don’t know exactly what they are.

“We can’t explain how they moved, their trajectory. They did not have an easily explainable pattern.”

Obama added that investigations are being conducted into these sightings, but there is “nothing to report” at the moment.

Lieutenant Ryan Graves, a former Navy pilot, told 60 Minutes on 16 May that he and his Navy colleagues spotted unidentified flying objects (also known as unidentified aerial phenomena, or UAPs) “every day for at least a couple years”.

As reported by the CBS programme, the US Senate intelligence committee has ordered the American director of national intelligence and the secretary of defence to deliver a report on UAPs by the beginning of June.

He also revealed that he had been taken aback by the positive reaction of the public after the family announced the passing of their dog Bo earlier this month.

Obama said: “On our social media accounts, as you might imagine, sometimes the comment sections are less than friendly.

“You might get some trolling, occasionally, like, ‘Obama you’re a bum. And you are the worst president ever’, and so forth and so on. These were the only posts where everybody posted something nice.”