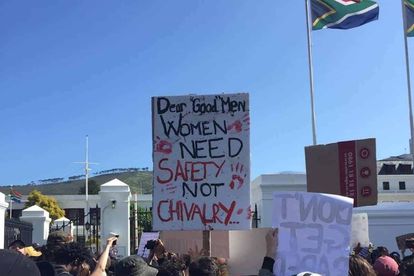 Wesley Mathew has teamed up with Brothers For Life (B4L) in calling on all South Africans to participate in practically changing men’s attitudes towards women.

Who are Brothers For Life?

Mathew, a South African who believes that the time for pleading ignorance about femicide and gender-based violence is over, has teamed up with B4L to launch a crowdfunding campaign that seeks to redress this disturbing social ill that affects women.

B4L is a non-profit organisation that strives at “mobilising men to take responsibility for their own health”.

Most of their work includes campaigns that are aimed at promoting positive male norms, and actively standing against gender-based violence (GBV), something that has recently shaped our social discourse.

How this campaign aims to address violence against women

Recent events, such as the horrific deaths of women such as Uyinene Mrwetyana, Jesse Hess, Leighandre Jegels, Lynette Volschenk, Meghan Cremer, and many others, have prompted the likes of Mathew to stand up and realise that if change in men’s attitude towards women is to be realised, we must concede to the fact that “it starts with me”.

“As men, and indeed as people who have a vested interest in the future wellbeing of our friends, family and our country, we need to stand up and show that we are part of the fight to de-normalise sexual violence and intimidation towards women,” Mathew said.

The crowdfunding campaign’s goal is to raise R100 000 in a bid to increase awareness and active participation in “men working with men to affect attitudes towards women”.

The funds will be used to promote B4L’s Public Health Communications campaigns on male attitudes towards women, and also feed the NPO’s grassroots initiatives.

How to donate towards the campaign

Mathew was the first person to back his own crowdfunding initiative with a R1 000 donation. At the time of publishing the article, the campaign had garnered just a little over R6 000 in donations, from nine backers.

He has urged South Africans who care more about actively affecting change in the plight that women face than being part of the trend to make a donation at GoGetFunding. Minimum contributions start at R1.

“If you’re sincere about wanting to contribute towards stemming the tide of this scourge in our country – but are at a loss for how to do so – then I’m presenting one potential avenue to make an impact.

“Ultimately however, the choice for how you support this cause is dependent on your financial means and circumstance – all I ask is that you recognise that change starts with us,” he said