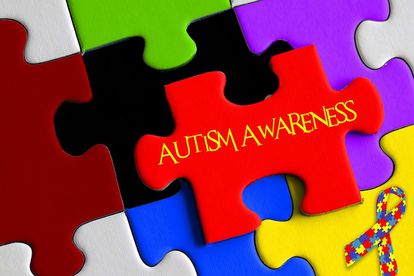 Autism in entertainment has come a long way since the days of Rain Man and Big Bang Theory. Take a look at two new TV characters which reveal the challenges studios face for art to imitate life when it comes to autism representation.

Balancing art and accuracy with autism

UK kids show Thomas and Friends has added an autistic train character — voiced by two young boys with autism — to its newest episodes. This was announced on Wednesday 7 September by toy mogul Mattel.

On Thomas and Friends — Chuck Smith, 10, and Elliot Garcia, nine — voice Thomas’s new friend Bruno. The new character is smart, sensitive and prone to being overwhelmed, according to Garcia who recently spoke to CNN.

Although this addition impressed critics with its sensitive and inspiring message, another series has not been so well received. Extraordinary Attorney Woo has drawn mixed reactions since its release on Netflix in June. Criticism and acclaim have gathered momentum on social media lately.

The South Korean legal drama series invites audiences into the life of an atypical lawyer. Her quirks give her an edge over her opponents in the courtroom and her personal life is full of zany adventures and unique struggles.

Both shows portray autism through a sympathetic lens for different audiences. Garcia, who suffers from autism, told CNN he feels excited that a kids’ TV show is portraying someone with autism in such a positive way.

Writers of the popular kids’ show created Bruno to help children understand those living with autism. Extraordinary Attorney Woo on the other side attempts to create a gritty realistic portrayal of autism in adulthood, according to New York Times.

Take a look at why some critics praise the series while others decry the portrayal of autism through the character, as New York Times reports.

The main character 27-year-old Woo Young-woo is a lawyer with an IQ of 164. She has an impressive memory that allowed her to graduate top of her class in a prestigious law school.

Woo has an array of traits associated with autism.She is picky with her food, for instance and has a unique way of processing information and thoughts. However, as Koreaboo reports, not all viewers with autism were comfortable with with how these traits were dealt with on the show.

Viewers complained that the show might make symptoms of autism look “cute” and diminish the seriousness of the disorder.

Bruno is a “joyful, pun-making brake car” according to Mattel. He has several physical traits that are symbolic of autism although portrayed through the body of a train car. These include a lantern to show his emotions and ear defenders that puff steam when he feels sensitive to loud noises,

According to Mattel senior VP president and executive producer Christopher Keenan, Bruno also knows where all the tracks lead on Sodor and is fascinated by schedules and routines.

Audiences called for more autism representation in the past. For contemporary viewers, however this is not enough. Viewers pay closer attention to how accurately a character portrays autism. Communities affected by the disorder have called for these characters to be treated with respect in the writing room.