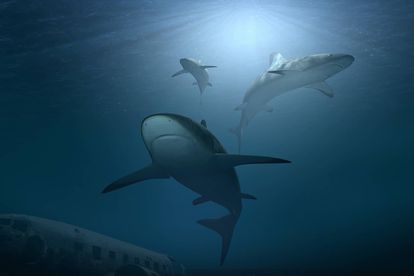 The number of shark attacks worldwide fell for the third consecutive year in 2020, according to the annual summary released by Florida Museum of Natural History’s International Shark Attack File, but even though sharks actually killed more people in 2020, shark attacks remain ‘extremely low’.

Yes, the museum investigated 129 alleged shark-human interactions worldwide in 2020. They confirmed that there were 57 unprovoked shark bites on humans and 39 provoked bites in 2020.

They revealed that global figures ultimately dropped as there were only 64 bites in 2019 and 66 in 2018.

“However 2020 proved to be the deadliest year since 2013, with 12 bites resulting in deaths, up from the average of four per year,” reports CapeTalk. “Australia recorded eight fatal attacks while there were three deaths in the US and one in the waters of St Martin in the Caribbean.”

Most bites related to surfing and board sports

Following recent trends, surfers and those participating in board sports accounted for most incidents (61% of the total cases).

The report reveals further that this group spends a large amount of time in the surf zone, an area commonly frequented by sharks, and may unintentionally attract sharks by splashing, paddling, and “wiping out.”

Swimmers and waders accounted for 26% of incidents, furthermore, with remaining incidents divided among snorkelers/free divers (4%), body-surfers (5%) and scuba divers (4%).

Risk of being bitten by a shark remains extremely low

Short-term trends still show both fatal and non-fatal bites to be decreasing. The total number of unprovoked shark bites worldwide is extremely low, given the number of people participating in aquatic recreation each year.

“This year’s increase in fatalities does not necessarily constitute a shift in the long-term trends. Fatality rates have been declining for decades, reflecting advances in beach safety, medical treatment and public awareness. This underscores the importance of global efforts to improve ocean rescue, medical care and shark education.”

While Australia had a higher incidence of fatal bites than normal in 2020, this is not cause for alarm.

“Long-term studies are necessary to determine if the seasonal movement patterns of Australia’s shark populations are shifting. At this time, there is no evidence that the recent spike in fatalities is causally linked to any natural phenomena. It is likely the product of chance, a conclusion underscored by the fact that the number of unprovoked bites in Australian waters is in line with recent five-year trends.”

Experts also confirmed that great white sharks were involved in at least 16 unprovoked bites in 2020, including six of the year’s 10 fatalities: four in Australia, one in California and one in Maine. Of the remaining deaths, two were from tiger shark bites and two could not be identified to species.