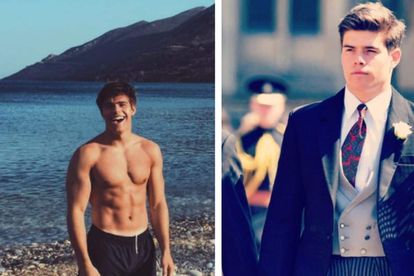 Arthur Chatto, the 21-year-old grandson of Princess Margaret, has become a personal trainer at the BoundFitness gym in Edinburgh, Scotland and subsequently became what reports call ‘the hottest royal‘. Dubbed a possible “next Prince Harry,” the eligible bachelor also went to the prestigious Eton College near Windsor in Berkshire, England.

According to People, Arthur is also studying for a degree in geography at the University of Edinburgh. “The second of our new instructor introductions… Getting to know Arthur Chatto,” the gym posted on Instagram to announce Chatto’s arrival, adding that Queen Elizabeth’s grand-nephew would be running two classes a week: “Bound Core on Wednesday mornings, and Bound Bootcamp on Thursday evenings.”

Chatto, who completed an arduous 2 000-mile (3, 218 km) charity row around the coastline of the UK in 2020, also included a brief rundown of his own fitness resumé:

“I’m a level 3 personal trainer, I specialize in strength and endurance training with a military focus,” he added in the post. “I was lucky enough to row around the UK this summer! This gave me a lot of experience in training myself and the team to complete the challenging expedition. I’ve found physical training to be an essential cornerstone in improving my own mental health and I want to share this with others.”

Chatto and his university friends set off on their expedition from Tower Bridge in London on 5 July and completed the incredible feat. They were greeted by friends and family, including Arthur’s older brother Samuel, 24, at St Katharine Docks in east London on 15 August.

It is said that although he has no official title, Chatto is currently 26th in line to the throne. The son of Princess Margaret’s daughter Lady Sarah Chatto, he is also the second cousin of Prince William and Prince Harry.

“People are clamouring over him, saying that he is a very good-looking royal,” Us Weekly’s Royally Us podcast hosts Christina Garibaldi and Molly Mulshine recently said after looking at his Instagram. “People became obsessed with this 21-year-old after he posted some workout videos. “He is certainly the hot new royal, just like Margaret was.”

Ready to join the royal family

“Is arthur chatto single bc i’m ready to join the royal family,” one Twitter user shared in a post inspired by the strapping young fitness guru.  “Question of the day: how would one go about becoming the girlfriend of arthur chatto,” tweeted another newfound fan.

“If you want I am single,” others commented on his Instagram account where he has more than 216 000 followers at the moment.