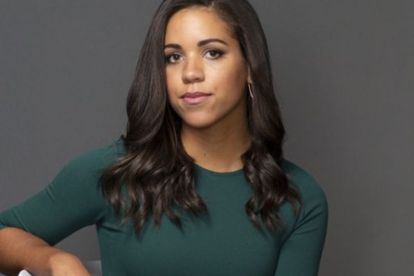 Alexi McCammond has resigned from her new job at Teen Vogue over racist tweets from 2011. Image via Twitter @teenvogue

Alexi McCammond has resigned from her new job at Teen Vogue over racist tweets from 2011. Image via Twitter @teenvogue

Alexi McCammond has released a statement confirming she has resigned from her new role as Teen Vogue editor-in-chief after racist and homophobic tweets made by her a decade ago resurfaced.

THE TWEETS THAT MADE ALEXI MCCAMMOND RESIGN

The tweets were posted in 2011, when Alexi McCammond was still a teenager. McCammond, who is a black woman, had tweeted about Asian features and made derogatory stereotyping comments about Asian people. The tweets have resurfaced amid the current incidents of Asian hate that have been happening in the United States.

McCammond also tweeted negatively about gay people back in the day. She apologised for her tweets back in 2019, and deleted them. However, screenshots of those tweets quickly recirculated on social media after she was hired as Teen Vogue’s new editor-in-chief.

“I should not have tweeted what I did and I have taken full responsibility for that. I look at my work and growth in the years since, and have redoubled my commitment to growing in the years to come as both a person and a professional,” McCammond said in a statement.

Alexi McCammond, who made a name for herself as a politics reporter, was appointed as Teen Vogue’s editor-in-chief on 5 March. Barely two weeks later, Condé Nast, Teen Vogue’s publisher, decided it would be best to part ways with McCammond due to her past racist and homophobic tweets.

“My past tweets have overshadowed the work I’ve done to highlight the people and issues I care about — issues that teen Vogue has worked tirelessly to share with the world — and so Condé Nast and I have decided to part ways,” McCammond said.

Following the announcement that Alexi McCammond would get the job, more than 20 Teen Vogue staff members posted a note on social media saying they had complained about the tweets to company leaders.

As criticism over her appointment grew, major advertisers Ulta Beauty and Burt’s Bees suspended their campaigns with Teen Vogue.

Social media may currently be the most influential medium and the so-called “cancel culture”, though criticised by many, has thrived through this. “Cancel culture” — or call-out culture — is a modern form of ostracism in which someone is thrust out of social or professional circles, whether online, on social media or in person.

It seems like social media users have successfully “cancelled” Alexi McCammond’s professional career through their posts. Diana Tsui took to Instagram to express why she thought McCammond’s hiring had been questionable for Teen Vogue.

Twitter users also shared their views on the racist and homophobic tweets. Many felt the “cancel culture” had effectively cancelled one of its own as Alexi McCammond had previously tried to call out former NBA player Charles Barkley.

“I hope to have the opportunity to to rejoin the ranks of tireless journalists who are shining light on the issues that matter every single day,” Alexi McCammond said.