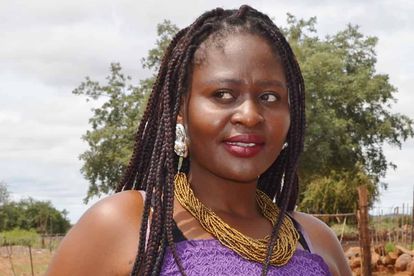 Although she has been in the music industry for the past 15 years and released countless soul music albums, Mariana said she has just discovered that her inner self lies in the Afro-jazz music genre.

From soul to Afro-jazz

“Being in the music industry has taught me many things, but surprisingly I have just discovered my new personality recently. For many years, there has been this inner voice that said to me: Go for Afro-jazz lady, but I was scared to take action.

“I could no longer take the pressure from my inner voice and I was convinced that this was the time to take action. Fortunately, everyone who listened to the album before it was released was over the moon about the composition, instrumentals and my sweet voice,” she said.

Mariana said the most important thing in her latest project is that she wanted to be herself.

“I didn’t want to imitate anybody and that is why the album is outstanding, unique and soothing to the listeners’ ears. Obviously, this is a clear indication that the album will shake the local Afro-jazz fraternity. Maybe this is because the songs are based on everyday issues of life like love, happiness and sorrows.”

She said despite her confidence, she is also surprised by the popularity of her latest album.

A resident of Thohoyandou, Mariana’s journey to stardom started many years ago while she was still in primary school at Ha-Mutele Village, near Masisi.

“My voice would stand out both at Sunday school and in community gatherings. I would always find myself leading and everyone kept on talking about the little girl with a sweet voice. My life changed for the better when I met Phillip Nephawe, better known as Mutendas and he asked me to be his backing vocalist. And the rest is now history.”