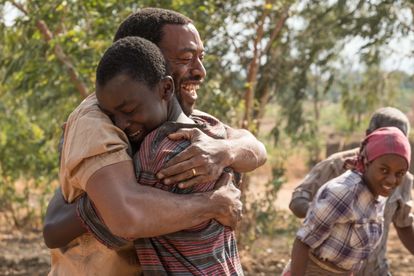 Still from ‘The Boy Who Harnessed the Wind’. Image via Netflix

Still from ‘The Boy Who Harnessed the Wind’. Image via Netflix

Netflix is changing the streaming scene by giving creators from Africa a voice to tell their stories and to expose viewers to offerings outside of the usual U.S formula and aesthetic.

Back in 2019, Kelly Luegenbiehl, Vice President of International Originals said that Netflix is delighted to invest in African content because “great stories are universal.”

Since then, Netflix has expanded local content, from Korean police dramas and Mexican political thrillers to Japanese sci-fi and African stories. According to Netflix:

“The ensemble of actors, directors, producers and scriptwriters have lived up to the fanfare, creatively and fearlessly showcasing our backgrounds, as well as languages and cultures in a way that is unique to who and what we are”.

Netflix has, since May 2019, commissioned original shows and films from Nigeria, South Africa, and Zimbabwe. And with Monday 25 May being Africa Day, it’s the perfect opportunity to settle in with African creatives.

Africa Day on 25 May gives us an opportunity to appreciate the creative freedom of African creatives who tell their stories with such depth, humour and authenticity, through the plethora of content currently streaming on Netflix.

Here’s are a few suggestions for shows and movies to watch on Netflix, on Africa Day.

The action-packed series follows Queen Sono, the highly trained top spy in a South African agency whose purpose is to better the lives of African citizens.

While taking on her most dangerous mission yet, she must also face changing relationships in her personal life.

The Boy Who Harnessed The Wind

A 13-year-old boy is thrown out of the school he loves when his family can no longer afford the fees. He sneaks into the library and learns how to build a windmill to save his village from famine.

Tsotsi, a young street thug, steals a car only to discover a baby in the back seat and spends six days in a violent and agitated situation which leads to an emotional bond towards the end.

A hard-hitting but must-see drama. In the Cape Flats, a newly released ex-con exacts revenge and triggers a gang war, sending ripples through the life of a 13-year old chess prodigy.

Looking to prove her worth, a woman steps up to the challenge to work with her crude and eccentric brother when her father, Chief Ernest Obiagu, is forced to take a step back due to health issues.