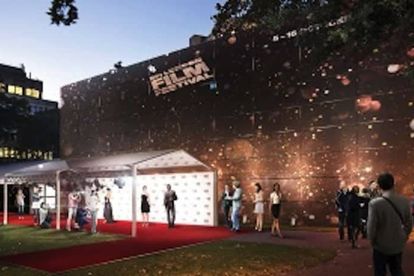 This year’s annual BFI London Film Festival, the 60th, opens with a provocative film called A United Kingdom about the love, marriage in 1948 and reign of Seretse Khama, King of Bechuanaland, and Ruth Williams, a London office worker.

Their interracial union was seen at the time as a slap in the face to Malan’s apartheid South Africa, the UK colonial powers and above all, Seretse’s own people. Directed by Amma Asante, it stars David Oyelowo, Rosamund Pike, Terry Pheto and Jack Davenport.

The festival closes with Free Fire, a thriller directed by Briton Ben Wheatley (High Rise) and with Johannesburg actor Sharlto Copley (District 9) in the leading role. I caught just one scene in the film when Copley is talking in a ripe South African accent and a voice asks: “What the f**k is that accent?” and the reply comes back: ”Swiss or something like that, I think.”!

There are other African-linked films including a documentary called Safari, shot on a hunting ranch in Namibia by the provocative Austrian director Ulrich Seidl turning his camera on fellow Austrians on holiday shooting beautiful and endangered animals.

As usual, there are hundreds of films to choose from at the festival (193 feature films, 52 documentaries and 144 shorts) from countries worldwide and playing at venues all over London.