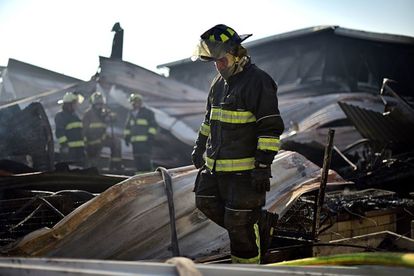 Ever wondered what might be the most stressful jobs out there? While most jobs have components that make them stressful, The Job Network revealed what is considered to be the top 10 most stressful jobs based on “deadline demands, public scrutiny, required travel, physical risk, physical demands, environmental conditions, hazards, and public interaction”.

What is the most stressful job?

This is number one for obvious reasons. Military personal constantly put their lives on the line to actually do their job.

People purposely running into fire blazing buildings? We salute you!

Airline Pilots take on the responsibility to transport hundreds of people across the globe. And you thought your deadline was stressful!

Police Officers deal with crime on a daily basis.

While coordinating events might seem like fun, The Job Network suggests they are still the people left holding the bag when anything major or minor goes wrong.

Public Relations includes putting out fires when ever your client gets into trouble, upholding their reputations and managing the public’s opinion about their clients.

What do they say? “With great power, comes great responsibility!”

Broadcasters usually only have once chance to get it right, especially on live television or on the radio.

Deadlines, difficult subjects are only some aspects of news reporting that are very stressful.

Taxi drivers have stressful jobs, especially drivers making a living in New York according to The Job Network. “Taxi drivers have to deal with rude people, drunk people, and people in a rush.”

What do you think is the most stressful job out there?

Also Read: Is there a market for work-from-home options for new mums and dads?