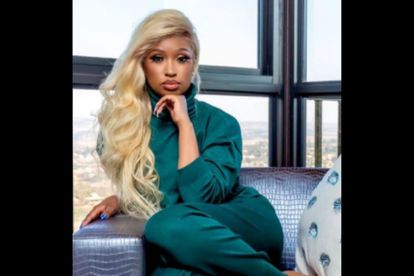 South African actors Vuyo Dabula, Phuthi Khomo and Vuyo Ngcukana have scooped lead roles in a new 1Magic drama series. The show is called Entangled… and is sure to have viewers hooked.

Having extensive drama series experience under their belts, Dabula, Khomo and Ngcukana were the perfect choices to head the show.

WHAT 1MAGIC’S ‘ENTANGLED’ IS ALL ABOUT

Having spent your 20s trying to find yourself and your 30s picking up the pieces, Entangled dives into the rocky years many do not even know which way is up.

Entangled follows Sharon, an overachiever in her 30s who is on the verge of marrying the love of her life, Sizwe. However, when her ex Julius suddenly resurfaces after many years, everything Sharon and Sizwe have built is threatened, as reported by ZAlebs.

The 1Magic show is set to evoke a heap of emotions that will come from a lot of very relatable situations. A local production that is said to be bringing the drama!

“Entangled is a ground-breaking and edgy show that we’re excited to share with our premium and compact plus viewers. As 1Magic, we’re proud to contribute and create content that is interesting, lively, real and shifts mindsets. It’s part of our commitment to having a variety of local productions that our audiences can relate to,” says Shirley Adonisi, newly appointed director of local entertainment channels at M-Net.

REST OF THE CAST AND WHEN WILL IT PREMIERE?

Entangled will premiere on 7 January 2022 on 1Magic. It is a 13-part Burnt Onion Production house show that is set to rake in the viewership.