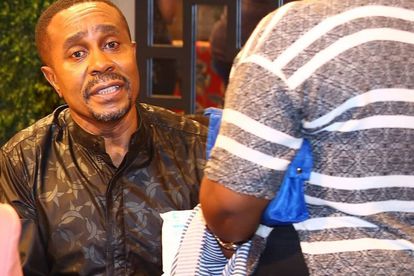 According to entertainment commentator Phil Mphela, the actor has resigned from Generations: The Legacy. Sources have informed Mphela that the actor will be starring in the show that is set to replace Rhythm City on e.tv.

There is no additional information regarding his role available as yet.

Vusi Kunene is the lead actor and the antagonist of Generations: The Legacy that everybody loves to hate.

Kunene plays Jack Mabaso, who is to the soapie what Stefano DiMera was to Days Of Our Lives.

His exit from the series left fans shocked.

However, the show has since been cancelled.

Here’s a clip of Vuyo Dabula in his role as Shandu Magwaza on Queen Sono.

Rapulana Seiphemo, who previously played Tau Mogale, left the soapie for a role on rival drama show The Queen on Mzansi Magic.

Watch Rapulana Seiphemo as villain Hector Sebata on ‘The Queen’:

This is a huge loss for Generations: The Legacy as the characters played by Vusi Kunene, Vuyo Dabula and Rapulana Seiphemo were considered fan favourites.

Vusi Kunene is an award-winning veteran actor who bagged Golden Horn awards for Best Actor in a TV Soap and Best Actor in a TV Drama. He began his acting career in 1993, and has acted in more than 25 film and television shows since including popular local soapies IsiBaya and Isidingo.

The actor, who was born in Meadowlands, north of Soweto, first developed his interest in acting at the Shell Road to Fame School of Arts. He registered at the University of Witwatersrand in 1991, where he later graduated with a degree in Dramatic Arts.

Kunene has had an impressive and successful career so far, and leaving Generations: The Legacy is certainly not the end of the road.

Will Khanyi Mbau star in ‘Happiness is a Four-letter Word’ sequel?