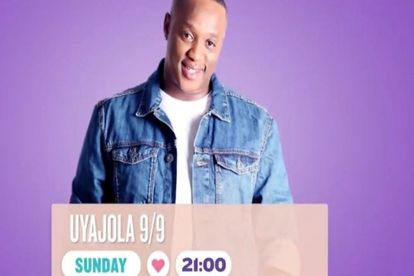 Hip-hop artist Jub Jub is back as the host of ‘Uyajola 9/9’. Image via Twitter @official_jubjub

Hip-hop artist Jub Jub is back as the host of ‘Uyajola 9/9’. Image via Twitter @official_jubjub

The highly popular show which tackles cheating among couples, trended on social media on Sunday after airing its first spicy episode of the new season.

Uyajola 9/9 is one of the most-watched shows in the country. It’s Mzanzi’s version of the hit US show Cheaters.

In the episode, a woman asked host Jub Jub and his crew to find out if her husband is cheating on her. It does not take long before the crew finds the woman’s husband doing just that…

The husband and wife exchange some words about the man’s infidelity while Jub Jub is driving them around, with the man begging his wife to forgive him and the wife tells her husband that she will never trust him again.

The part that left viewers in stitches was when the husband turned around, asking why the cameraman is actually filming them. Viewers could also not get enough of Jub Jub spicy comments to their conversation in the car.

Have a look at a clip from the episode:

And the episode everyone is waiting for…

The highly anticipated Uyajola 9/9 episode with Jub Jub chasing a cheating man who is making a dash for it on a horse in Matatiele, will be airing this Sunday 20 June in its 21:30 slot.

The episode started making the rounds on social media earlier this year and Uyajola 9/9 fans have been looking forward to it ever since. Jub Jub shared the trailer on his social media:

Daily Sun reported in 2019 that the show is staged. The controversy began when the paper allegedly received tip-offs from neighbours who claimed a previous guest, Themba Zwane, actually lived quite peacefully with a certain Tebogo Motie in Pinetown in the Vaal, while the show presented Themba as somebody else’s child.

A man asked Uyajola 9/9 to help him find out if his wife was cheating on him. The investigators of the show found the wife at the neighbour’s house who also confirmed she’s cheating on her husband.

Daily Sun’s entertainment editor Lerato Motsotso alleged that the family members informed her that they got paid by Uyajola 9/9 when she interviewed them.

In response to these allegations, Moja Love released a statement on social media, stating that its mission is to create authentic content.