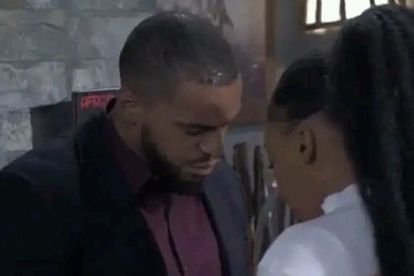 ‘They should get married’: #SkeemSaam wants more of Lehasa & Pretty. Image via Twitter @Joy_zelda

‘They should get married’: #SkeemSaam wants more of Lehasa & Pretty. Image via Twitter @Joy_zelda

Viewers of Skeem Saam are thrilled that their fan-favourite couple Lehasa (Cedric Fourie) and Pretty (Lerato Marabe) reconnected last night (7 June) and now want Khwezi (Samukele Mkhize) out of the picture as she doesn’t have the same connection with him.

‘LEHASA AND PRETTY MUST GET MARRIED’

Fan-favourite Skeem Saam couple Lehasa and Pretty met up at Capsys last night after not seeing each other for months and after Khwezi kidnapped her.

Pretty called him to apologise and to find out if he’s going open a case of assault after injuring him with a fork.

The pair touched the viewer’s hearts when they reconnected over their baby’s death and their failed relationship.

Audiences of the educational soapie couldn’t get enough of them and didn’t want their scene to end when the villainous Lehasa shed a tear after finding out that she didn’t fake her pregnancy and really loved him.

#SkeemSaam wants Lehasa to break up with his fiancée Khwezi so that he can give his relationship with Pretty a chance.

The TVSA June teasers reveal that Lehasa will do the unthinkable to correct Khwezi’s wrongs and that the pair will kiss on Monday 13 June.

“Lehasa takes matters into his hands to correct Khwezi’s wrongs.”

This indicates that he might delete the video that Khwezi took of Pretty when she was kidnapped.

“Lehasa does the unthinkable to try and please an ex-lover.”

“I don’t want to lie… Lehasa saying I’m sorry to Pretty is what most of us wish for in reality to get that closure … honestly.”

“Pretty must grow up, Lehasa must apologize and stop his nonsense. I still want this ship Khwezi still doesn’t make any sense.”

“I’ve always said Lehasa loves Pretty. After his wife’s passing Pretty was the next best thing for him.”