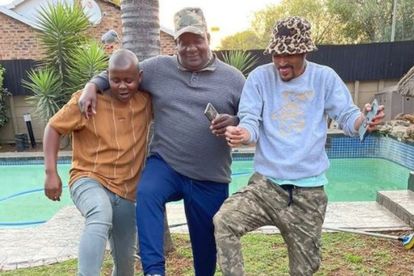 Tbose and Mapitsi may be in love now but their honey phase will soon be over when they return from their honeymoon.

THE CRACKS IN TBOSE AND MAPITSI’S RELATIONSHIP

The cracks already started to show last night when Mapitsi called her stepmother to help her with planning her wedding instead of aunt Joyce.

She is already keeping secrets from her soon-to-be husband just like Mokgadi kept secrets from Leeto when they were married.

She feels unwelcomed by her in-laws and told Tbose that she feels like an outcast in the Maputla household.

John surprised viewers of Skeem Saam this week when he told his lawyer that he wants to divorce Meikie who is still in jail.

Leeto also filed for divorce when Mokgadi continuously chose her son (Austin Rethabile) over him.

He will likely divorce Mapitsi when things get rough in his marriage just like John and Leeto.