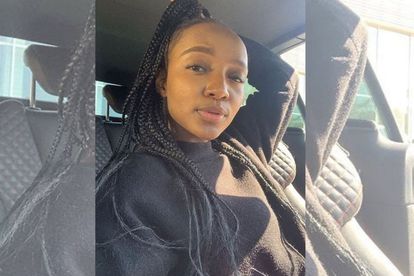 It seems like Glenda’s (Nozi Langa) sweet and angelic personality was all an act as we are going to see a scorned, bitter and malicious version of her this month.

Glenda on a mission to destroy Elizabeth

She will be on a mission to destroy Elizabeth’s (Amanda Manku) career, planting Meikie’s (Harriet Manamela) gun at Elizabeth’s workplace.

It looks like Meikie (Harriet Manamela) may have shot Kwaito. Elizabeth will be forbidden by her mother to fetch him from the hospital on July 14.

Elizabeth’s mother, principal Thobakgale (Elizabeth Serinye), will get details about Glenda’s whereabouts from a private investigator who she hires to find her.

Dr Kgomo (Lebogang Elephant) however will not allow Elizabeth to return to work even after Glenda has been found.

PS. Pretty (Lerato Marabe) will indirectly get Elizabeth into trouble at work and therefore she might feel compelled to assist Elizabeth at her hearing.

Mantuli’s (Dieketseng Mnisi) stay at Sifiso’s (Bongani Madondo) house will not be welcomed as she and Sifiso’s wife will be at loggerheads.

Sifiso’s wife is going to request for her to leave.

Two best friends are going to have a huge fight in the 23 July episode. Could this be Kwaito (Clement Maosa) or Tbose (Cornet Mamabolo)?

Leeto (Eric Macheru) will throw a wild divorce party towards the end of July in Johannesburg and end up waking up with two women in the morning.

Could one of these mysterious women be Glenda or Eunice?