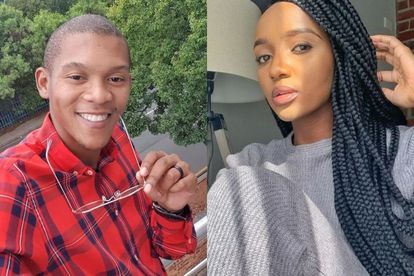 Things are about to get more entangled and interesting on SABC1’s educational soapie Skeem Saam this season.

Katlego recently broke up with Pretty after she cheated on him with Lehasa Maphosa.

Katlego and Glenda’s happily ever after

Katlego seems at ease and happier with Glenda than when he was with Pretty (Lerato Marabe) or his other ex-girlfriend, Candice (Liza van De Venter).

The pair seems to have more in common than their previous partners and have similar personalities.

They are both working professionals who graduated from university and got betrayed in their previous relationships.

Katlego’s grandmother Koko Mantsha (Lydia Mokgokoloshi) — who is also a prophetess — never approved of Katlego and Pretty’s relationship because she thought he deserved better.