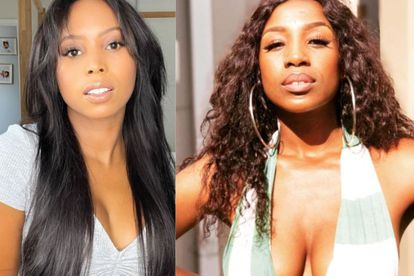 Why Busi Lurayi left ‘How To Ruin Christmas’ before her untimely death. Images via Instagram @missdenisezimband @busi_lurayi

Why Busi Lurayi left ‘How To Ruin Christmas’ before her untimely death. Images via Instagram @missdenisezimband @busi_lurayi

Award-winning actress Busi Lurayi passed away while filming her new role in e.tv’s Scandal! after leaving her famous role as Tumi in ‘How To Ruin Christmas. Entertainment commentator Phil Mphela reveals actress-singer Denise Zimba is the new addition to the Netflix series How To Ruin Christmas: The Baby Shower which will premiere this December.

WHY BUSI LURAYI LEFT ‘HOW TO RUIN CHRISTMAS’

Netflix also confirmed that the late actress Busi Lurayi left How To Ruin Christmas season three as her character Tumi had wrapped its storyline in season two and Denise Zimba will appear in the Baby Shower franchise. Mphela also announced that the late actress was cast and had shot scenes for the e.tv soapie Scandal! before her untimely demise.

Her aunt Sonti Lurayi revealed that her father found her lifeless body in her daughter Ayana’s room on Sunday night and that the award-winning actress was excused from the set due to feeling unwell.

It is unclear at this stage what role the actress was playing in Scandal! before she passed away this past weekend.

ALSO READ:RIP Busi Lurayi: Five things to know about the ‘How to Ruin Christmas’ star

TV presenter and actress Denise Zimba is popularly known for her role as Mary in SABC1’s second-most-watched soapie Generations: The Legacy as Mary.

Channel 24 reported that Zimba left the soapie along with two other actors Asanda Foji and Ivy Nkutha in 2015.

“We enjoyed Denise’s short stint on The Legacy. Her professionalism in aiding us in mounting a new show was exemplary. We wish her the best in her endeavours,”

Zimba was also known for presenting 10 Over 10 season four, Vuzu seasons four to eight, and many more.