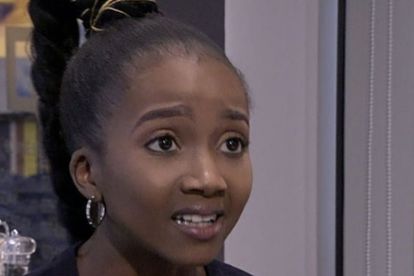 “Lindiwe leaves Scandal after a stunning ten years of screen action. She joined the e.tv flagship show in 2012 as a teenager.”

The seasoned actress Nomvelo Makhanya played the character of fan-favourite character Lindiwe Ngema in Scandal! for a decade.

According to iHarare, the actress never dreamt of being on screen before joining the soapie as she either wanted to be a hockey or netball player.

Her mother steered her into the acting industry and suggested she try out the National School of the Arts (NSA) in Braamfontein, Johannesburg.

She auditioned for the role while she was in Grade 10 at the NSA after much encouragement from a school friend and landed the role following a successful audition.

‘SCANDAL!’: HER ROLE AS LINDIWE NGEMA

Her character is now a successful businesswoman and she’s married to Nhlamulo, played by talented actor Mathews Rantsoma.

Her character made headlines in January this year when she and her husband both cheated on each other within a year of being married.

Her husband Nhlamulo accidentally killed her father, Mlungisi Ngema who reappeared on the show last month after exiting the show for over a year.

The actress has appeared in stage plays such as The Bald Prima Donn, African Reflections, and Maybe This Time and also acted in TV shows such as Isibaya and Soul City, according to the publication.

Makhanya also appeared in Netflix’s I Am All Girls as Ntombi, alongside former Isidingo actress Hlubi Mboya and Leshego Molokwane.